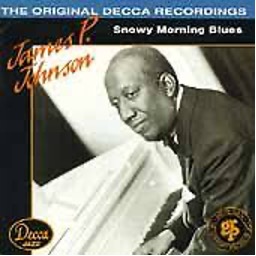 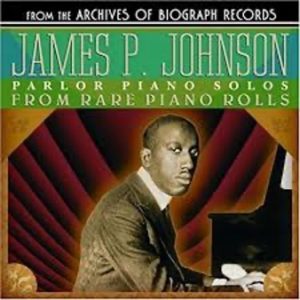 James P. Johnson (1894-1955) may not have invented stride piano but he was the first important stride pianist and was considered its greatest exponent during the 1920s. Stride pianists keep the beat by striding back and forth with their left hand between bass notes and chords while their right plays melodic variations. At a time when many pianists were either playing ragtime (with little improvisation) or primitive blues, Johnson’s sophisticated and virtuosic displays impressed and amazed his fellow pianists, many of whom took mental notes when he performed.

Some, like the young Duke Ellington, slowed down Johnson’s piano rolls so they could emulate his playing. Johnson set the standard for jazz pianists in the 20s and, other than his protégé Fats Waller and the up-and-coming Earl Hines, was the pacesetter and dominant force, at least until Art Tatum arrived upon the scene in the early 1930s.

During 1917-27, Johnson recorded dozens of piano rolls and was possibly the first African-American to make piano rolls of his own pieces. While some piano rolls are suspect, with extra holes punched in the rolls that which would make the music impossible for one pianist to reproduce, Johnson’s piano rolls tended to be more lifelike and a bit less metronomic than the usual ones. Naturally his actual recordings are preferable but, as these three intriguing collections (which have very few overlapping performances) show, some of his compositions were never otherwise recorded by Johnson. Although he played it for a piano roll, ironically Johnson never recorded his most famous original, “The Charleston.”

In the 1930s, James P. Johnson for a time changed the direction of his career. He had written all or part of the scores of 16 revues in the 1920s but that was not enough for him. He decided to de-emphasize his live performances in favor of concentrating on symphonic composition. Johnson composed two symphonies, two ballets, a string quartet, a concerto for piano and clarinet, and several other works that fell between jazz and classical music.

Unfortunately, few of these compositions were ever performed during his lifetime (there was little interest in African-American classical pieces in the ‘30s) and much of the music was permanently lost. A few pieces, including his “Harlem Symphony,” “Concerto Jazz A Mine,” the first movement of his “American Symphonic Suite,” and “Drums – A Symphonic Poem” survived and during 1992-94 were recorded by the Concordia Orchestra for the CD Victory Stride (Music Masters). In addition, Johnson recorded some excerpts from his works as piano solos in his later years.

James P. Johnson was off records (other than some sessions with Clarence Williams) altogether during 1931-37. In 1938 he returned to the active playing scene, recording with Pee Wee Russell and becoming one of the performers at John Hammond’s legendary all-star Spirituals To Swing concerts of 1938-39.

Snowy Morning Blues has recordings not on the Mosaic box set. Most significant are Johnson’s four piano solos from a 1930 session, each of which are brilliant: “What Is This Thing Called Love,” “Crying For The Carolines,” “Jingles,” and “You’ve Got To Be Modernistic.” These rank with his finest documented performances.

After recovering from his 1940 stroke, James P. Johnson had a renaissance. He was in great demand for trad jazz club dates, concerts, jam sessions, and recordings. Rightly considered a living legend, he recorded with Eddie Condon, Yank Lawson, Edmond Hall, Will Bradley, Sidney DeParis, Max Kaminsky, Rod Cless, Sidney Bechet, Albert Nicholas, and as a piano soloist for such labels as Blue Note, Commodore, Disc, Wax, Folkways and Circle.

James P. Johnson’s best piano solos for the Asch label (produced by Moses Asch) have been reissued on this 1996 CD from Smithsonian/Folkways. Of the 20 selections, eight were previously unreleased until this CD came out. Johnson is heard in prime form on such numbers as “Liza,” “Jersey Sweet,” “Daintiness Rag,” “Euphonic Sounds,” and “Twilight Rag.” In addition, there are excerpts from his more ambitious works including “Yamekraw – A Negro Rhapsody,” “Jazzamine Concerto,” and “Jungle Drums” that hold up well as piano solos.

James P. Johnson made his final recordings in 1949. A very serious stroke soon ended his career and he passed away in 1955 when he was still just 61. While sometimes a bit overlooked as one of jazz’s finest pianists, Johnson’s legacy lives on. Among those who were influenced and inspired by his playing were Fats Waller, Art Tatum, Duke Ellington, Count Basie, Johnny Guarnieri, Don Ewell, Dick Hyman, Ralph Sutton, Dick Wellstood, Thelonious Monk, and any pianist who has seriously tried to play stride piano. 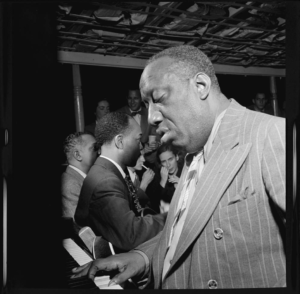 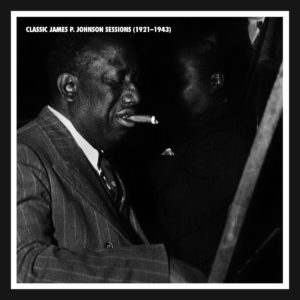