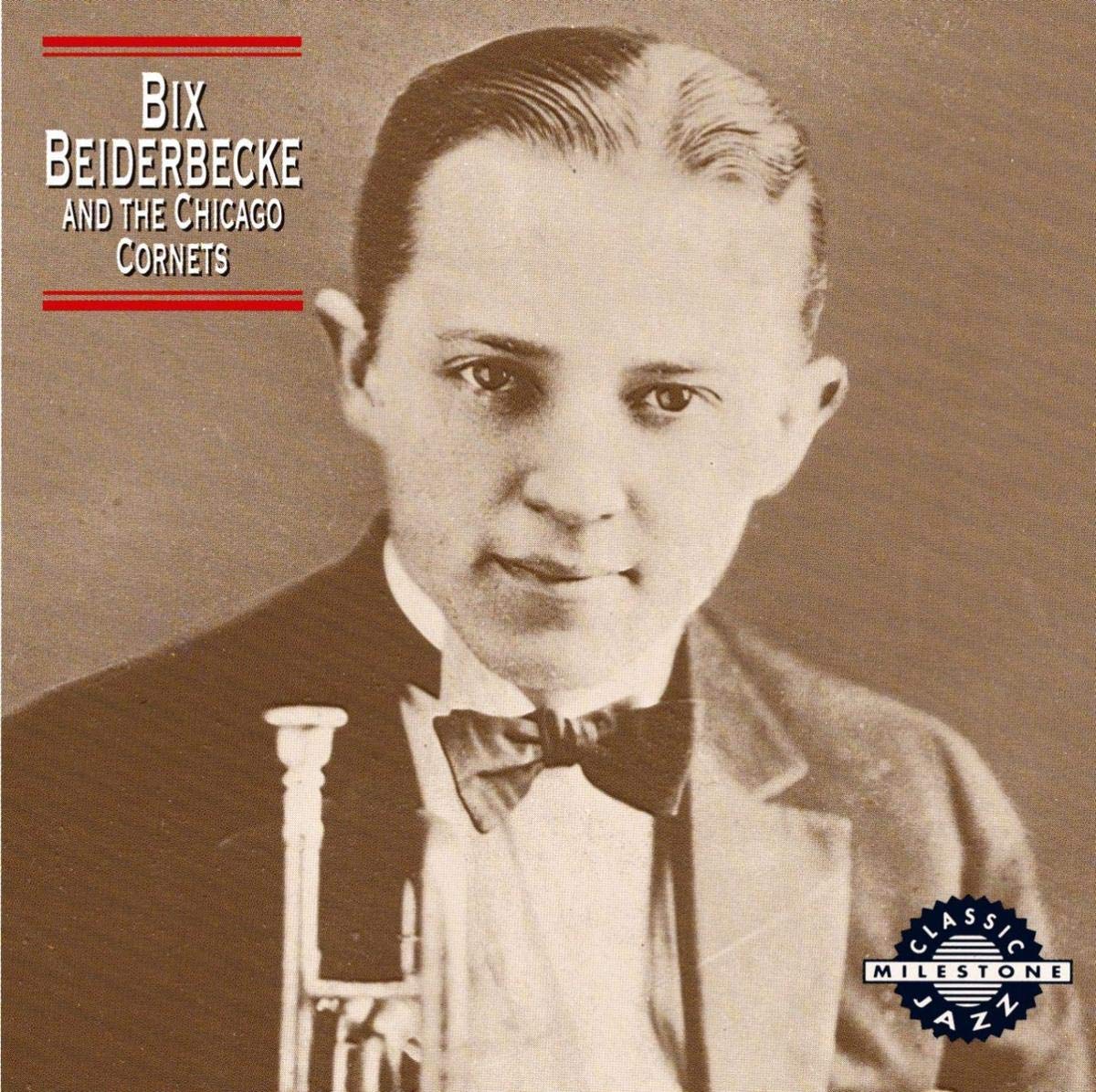 Traditional New Orleans Dixieland jazz has always been a mystery to some and a revelation to others.

Traditional New Orleans Dixieland jazz has always been a mystery to some and a revelation to others. Even at home, the range of opinion has traditionally fluctuated wildly from animosity to diffidence to chauvinism. Thus, on June 20, 1918 the New Orleans Times-Picayune ran an editorial titled “Jass and Jassism” that condemned the new music in no uncertain terms, urging the local population “to be the last to accept the atrocity in polite society” and to “make it a point of civic honor to suppress it.”

Letters to the editor over the next two weeks made it clear that many Orleanians were willing to defend jazz at this early date as “the typical American music–the true music of the hustler” or merely as “a style of playing” and resented being dictated to by “an ignoramus.”

Advertisements by Maison Blanche for the first jazz recordings in 1917 had already established the middle ground on the issue, that jazz was, simply, New Orleans dance music: “Here is positively the greatest dance record ever issued. Made by New Orleans musicians for New Orleans people, it has all the ‘swing’ and ‘pep’ and ‘spirit’ that is so characteristic of the bands whose names are a by-word at New Orleans dances.” [New Orleans Times-Picayune, April 15, 1917]

Long after homegrown heroes such as Jelly Roll Morton, Sidney Bechet, King Oliver, Edward Ory, or Louis Armstrong had hit the road in search of greener pastures, revolutionizing American popular music in the process, generations of dancers back in New Orleans continued to respond to jazz less as an art form and more as a necessary part of the fabric of daily life–a functional music for parades, fish fries and banquettes, church openings, Carnival and debutante balls, taxi dance halls, ball games, and funerals. Music did not “dry up” in New Orleans after the departure of Louis Armstrong in 1922 (as is often presumed) but instead continued to develop and evolve within its indigenous cultural context.

Thus, while New Orleans superstars apotheosized the New Orleans style in classic recordings made in Chicago and New York in the 1920’s–what most “hot” collectors referred to when they talked about authentic jazz–many of the elements which were essential to the homegrown variant remained invisible to the national jazz music constituency of the period.

In particular, the city’s unique brass band heritage, replete with its “second line,” and the Creole dance hall repertoire were left behind, presumably because record company officials saw no commercial potential in these genres at the time. Then, as now, New Orleans artists were forced by market imperatives to adapt to mainstream tastes rather than to expect most Americans to understand or appreciate New Orleans music on its own terms. It was simply too quirky.

In New Orleans dance halls, however, the quirks reigned supreme and infiltrated even the upper echelons of society in the period 1915-1925, working from the bottom up. Trombonist William “Baba” Ridgley of the Original Tuxedo Jazz Orchestra recalled the change in fortunes which occurred in these years for his band members: the usual sideman’s rate of $1.50 a night plus tips at the Tuxedo Dance Hall in Storyville was dramatically transformed once the band actually started wearing tuxedos.

The new image led to work at the Southern Yacht Club and at debutante and Carnival balls where the musicians earned $25 nightly by 1925. Teenagers who caught Kid Ory’s Creole Band or Armand Piron at subscription dances at the Tulane University Gymnasium in the prewar years were easily hooked and relied on similar outfits as young adults for their social functions throughout the 1920’s, creating a nostalgic bond that would become important in later years when the music they loved was faced with extinction. – Bruce Boyd Raeburn, Ph.D., Curator Hogan Jazz Archive, Tulane University, liner note excerpt The Atlantic Jazz Sessions (Mosaic Records)

LOUIS ARMSTRONG
COMPLETE HOT 5’S & 7S
The most important jazz recordings ever made. All 80 tracks by Louis’ Hot Five and Hot Seven (1925-28) with Johnny Dodds, Kid Ory, Lil Armstrong and Earl Hines,, including all known alternate takes plus 9 tracks of the band backing other vocalists. Newly transferred and pitch corrected.

LOUIS ARMSTRONG
PLAYS W.C. HANDY
Louis and the All-Stars with Barney Bigard and Trummy Young pay tribute to Handy with some of his finest compositions on this 1954 session.  Bonus tracks (#12-16) include rehearsal sequences for three tunes, showing how the All-Stars developed their performances. a monologue from Armstrong and George Avakian interviewing Handy.

LOUIS ARMSTRONG
SATCHMO THE GREAT
The soundtrack album to Edward R. Murrow’s TV documentary with plenty of music by the All-Stars in 1955-56 as well as Louis performing “St. Louis Blues” with a symphony and “Sly Mongoose” with African musicians. Three bonus tracks have been added to the original LP.

SIDNEY BECHET/BUNK JOHNSON/PETER BOCAGE
NOCTURNE 1
The first in a series of jazz music CDs originally broadcast from the Savoy Caf‚ in Boston at the dawn of the trad. revival in 1945 and featuring three of that music’s initial practitioners. While Bechet is present on all tracks, Johnson is heard on the first 9 tracks at a rehearsal for the show while Bocage is on the remaining 7, which is a complete broadcast over WCOP in Boston.

SIDNEY BECHET
FABULOUS SIDNEY BECHET
Sidney Bechet stood beside Louis Armstrong as one of the most innovative and versatile artists in New Orleans jazz. The soprano saxophonist did some of his finest work on Blue Note. His  two final sessions for the label in 1951 and ’53 feature the great trumpeters Sidney De Paris and Jonah Jones and trombonist Jimmy Archey in a program of music that focuses on the great New Orleans jazz recordings.

SIDNEY BECHET
THE LEGENDARY
A well-chosen 22-tune overview of Bechet’s RCA recordings (1932-41) which includes sideman appearances with Jelly Roll Morton (“High Society”), Tommy Ladnier (“Weary Blues” and “Really The Blues”) and a wealth of material by his own New Orleans Footwarmers. Others jazz artists include Red Allen, Sidney DeParis, Albert Nicholas, Rex Stewart, Willie “The Lion” Smith, Earl Hines, Sid Catlett and Zutty Singleton. His revolutionary 1941 overdub session on which he played all the instruments dubbing from one lacquer to another is represented by “The Sheik Of Araby”.

BIX BEIDERBECKE
CHICAGO CORNETS
Twenty-eight Gennett recordings, including all 15 Bix sides with The Wolverines, four others by Bix, and Muggsy Spanier’s Bucktown Five recordings, all from 1924-25.

WILD BILL DAVISON
PRETTY WILD/WITH STRING
These two, long unavailable Columbia albums of the late 50s showcase the raw beauty and power that was Wild Bill backed by strings. 24 remarkable tracks in all.

WILD BILL DAVISON
THIS IS JAZZ
Twenty-one outstanding performances by Wild Bill from Rudi Blesh’s 1947 radio show “This Is Jazz” and originally issued as 78s on Circle Records. The superb band is Jimmy Archey on trombone, Albert Nicolas or Edmond Hall on clarinet, Ralph Sutton or James P. Johnson on piano, Danny Barker on guitar, Pops Foster on bass and Baby Dodds on drums.

WILBUR DEPARIS
PLAYS SOMETHING OLD/THA
Two classic DeParis albums with a generous mix of standard New Orleans fare, DeParis originals and unexpected arrangements of “Colonel Bogey’s March”, “In A Persian Market” and “Somebody Stole My Gal”. Sidemen include brother Sidney DeParis, Omer Simeon, Lee Blair and the underrated Sonny White at the piano. Please note that on “That’s A Plenty” the sound quality is inferior to the original LP but is still sonically acceptable.

WILBUR DEPARIS
UPROARING TWENTIES 2
This set combines an excellent overview album of De Paris’s Atlantic years (“The Uproarious Twenties” – CD 1 #1-9)with an early 1952 binaural session (CD 1- #10-14) and his first 12″ LP in 1955 (“Wilbur DeParis And his NEW New Orleans Jazz” – CD 2). The frontline of Wilbur on trombone, brother Sidney on trumpet and Omer Simeon on clarinet is powerful throughout.

BENNY GOODMAN & JACK TEAGARDEN
BG & BIG TEA
Twenty-one hot sides that provide a rare glimpse of these giants at a time when they were much sought after as sidemen for radio and recordings. They appear together on sessions by Red Nichols (`29-`30), Irving Mills’ Gang with Bix Beiderbecke (`30), Joe Venuti and Eddie Lang (`31) and Adrian Rollini (`34).

ERSKINE HAWKINS
TUXEDO JUNCTION
Eleven essential Victor and Bluebird recordings from “The 20th Century Gabriel” whose band was a regular at the Savoy Ballroom. Along with the leader, Wilbur Bascomb, Julian Dash, Heywood Henry and Avery Parrish are the featured soloists on such hits as “After Hours”, “Tippin’ In” and the title track.

FLETCHER HENDERSON
TIDAL WAVE
This collection gathers the 8 tracks for Brunswick in 1931 with the Connie’s Inn orchestra with Hawkins, Stewart, Russell Procope and Benny Morton and the 13 sides for Decca in 1934 with Ben Webster, Benny Carter and Henry Allen among the jazz musicians on hand

BUNK JOHNSON
LAST TESTAMENT
The first recordings by this New Orleans trumpet pioneer after his rediscovery in 1942. Featured are clarinetist George Lewis and trombonist Jim Robinson. 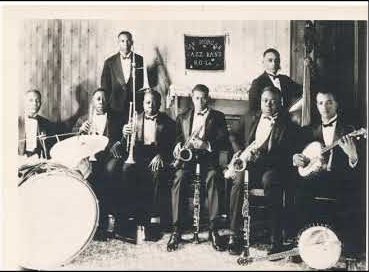 At the very dawn of jazz recording, with echoes of the Original Dixieland Jazz Band still in the air, very few musicians were able to capture a fresh new sound until the flood gates opened with the blossoming of Louis Armstrong. It was the powerful virtuosic display of Louis Armstrong that made the Roaring 20s the era of “hot jazz”.