"Coltrane seems to have the power to pull listeners right out of their chairs." - Zita Carno, Jazz Review 1959

By Nat Hentoff
I used to marvel, listening to John Coltrane at a club, listening to these recordings (Atlantic sessions) when they were first issued, that so much could be told through a horn. And indeed there is so much there that repeated listenings reveal new nuances, new overtones of feeling, newly unexpected responses from the listener.

Rarely, I think, in any form of music has one man so thoroughly revealed himself in the act of music and that’s why he compels each listener – in his own way – to confront himself. I am not religious in any traditional sense. My only faith is in what man can achieve.

And it is a very small number of men who continue to nurture that faith. John Coltrane was one of them. I remember hours in the dark of a night club during which I was, quite simply, listening with awe. Awe at how much that man kept finding to say and kept making me look for in myself.

I haven’t the slightest doubt that decades from now, if we survive at all, the impact of Trane will still be palpable. His horn will still be probing into every spirit within its range.  – Nat Hentoff, liner note excerpt Best of John Coltrane 1970 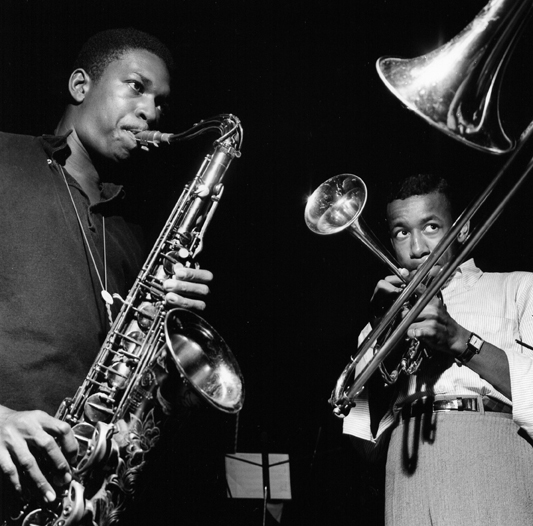 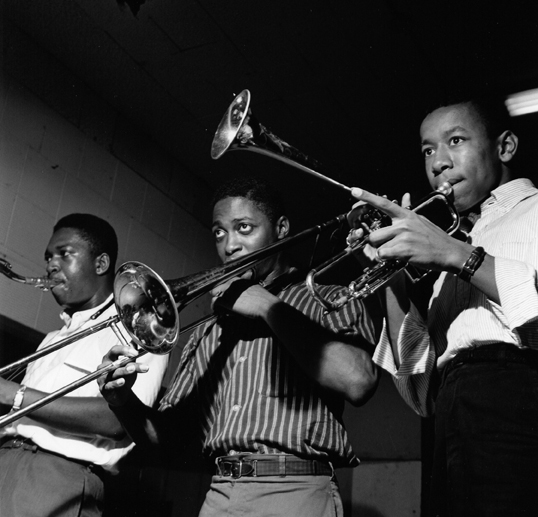 It’s his first real mature statement and he wrote all but one of the tunes on this album which was very rare in the fifties and each one is a gem, particularly this title tune Blue Train. And while it’s kind of easy to play the blues, this has a suspended and haunting kind of quality to it.”
– Traneumentary was a podcast series produced by Joseph Vella and devoted to John Coltrane.

By Scott Yanow
Blue Train is on a higher level than the saxophonist’s jam-session appearances. His only recording as a leader for Blue Note, Blue Train has John Coltrane joined by the 19-year old trumpeter Lee Morgan, trombonist Curtis Fuller, pianist Kenny Drew, bassist Paul Chambers, and drummer Philly Joe Jones. Alfred Lion of Blue Note encouraged his musicians to record original material and he paid them to rehearse before making recordings.

The work that these young jazz musicians put into Blue Train is obvious throughout the set. Five of the six songs are Coltrane originals, and one cannot imagine the solos being on such a consistently high level if the players were seeing the music for the first time during the session.

“Blue Train” is a minor blues which, after the theme is played, launches into a seven-chorus Coltrane solo filled with double-time lines, fresh ideas, and his distinctive tone. In 1957, John Coltrane would not be mistaken for anyone else for he sounded nothing like Coleman Hawkins, Lester Young, Ben Webster, Dexter Gordon, Sonny Rollins or any of the other great tenors. Lee Morgan follows with a soulful and mature statement (touched a bit by Clifford Brown) which makes it very difficult to believe that he was still a teenager. Curtis Fuller, who built his own voice out of that of J.J. Johnson, holds his own as does the relaxed and boppish Kenny Drew and the thoughtful Paul Chambers during the bassist’s short spot before the closing melody of “Blue Train”.

Next is “Moment’s Notice,” one of John Coltrane’s greatest compositions. On this piece, he shows that he has mastered (whether he knew it or not) the Benny Golson method of composing, matching together a singable melody (that listeners would enjoy) with complex chord changes that challenge musicians. This initial recording really cooks and has exciting solos from John Coltrane (who plays a nonstop flow of creative ideas), Fuller (jumping right in and showing that he is not scared off by the tenor), a blazing Morgan, Chambers (showing no fear during his bowed chorus), and Drew.

“Locomotion” is a 44-bar blues with a bridge (or more accurately two blues chorus, an 8-bar bridge, and another chorus of the blues), taken quite fast. The melody is quickly disposed of and then John Coltrane is off and running, seeming to gain energy as his solo progresses. Each horn solo starts with an eight-bar unaccompanied section, a device that really propels Fuller and Morgan. Drew and Jones get brief spots before the musicians reluctantly end the performance.

The set’s lone ballad is also the only piece not composed by John Coltrane. The standard “I’m Old Fashioned” has John Coltrane caressing the melody. Warm statements follow by Fuller and Drew before Morgan surprisingly closes the piece after his solo.

Blue Train concludes with “Lazy Bird,” a John Coltrane original that is influenced a bit by Tadd Dameron’s “Lady Bird.” Continuing where the previous song left off, Lee Morgan takes the melody and the first solo. Fuller, John Coltrane (who sounds as if he could have soloed for another ten minutes), Drew, a bowed Chambers, and Jones all get their moments before Morgan leads the ensemble to the album’s conclusion.

There would be many classic John Coltrane albums during the ten years that were left in his life. Blue Train, which in 1960 he named as his personal favorite recording, was the first.

“…this particular record, this track and the next track, Wise One, stand out to me for a few reasons. It’s not 1964, it’s before the very famous, and better-known, Love Supreme, which does sum up the Quartet’s work for the last four or five years. But this has a poetry, a beauty, a lyricism about it, tied in with the intensity that he usually played with.” – Dave Liebman

By David Wild
Jazz is largely a collaborative art. Louis Armstrong with the Hot Fives, Basie with the All-American Rhythm Section, Davis with the Original Quintet with John Coltrane and Philly Joe Jones—the music has been defined not just by the leader, but also by the caliber of the musicians in his group. For John Coltrane the Classic Quartet was the foundation for masterpieces like Sun Ship that reshaped jazz of the sixties and seventies.

“It’s a funny thing”, Tyner noted in a 1978 interview. “The John Coltrane Quartet was actually four elements. We had one guy who led the whole team, but it was really a compounding of personalities, like four personalities contributing.”

The Classic Quartet mirrors John Coltrane, whose deep roots in the mainstream of jazz supported branches reaching far above his contemporaries. They created a unique sound, an instantly recognizable approach that transcended their standard jazz “combo’ format. They were capable of near-telepathic interaction and split-second reactions that freed the music to surpass the predictable.

“With John we could come in, he would give us two notes and we could play a whole composition on two notes. Sometimes he wouldn’t bring in a tune, he’d bring in a scale, and we’d play the scale and everything would be right there. We were familiar with each other, the musicianship was high.

“When you’re a part of something like that, you can’t really ascertain how strong it is. We knew that we were doing something different, that it was fresh, timely. We knew that it had come from something that had happened before.

At the same time, you’re swept up in that force—you’re not cognizant of how different it is. When something is good, timely, it has lasting quality.”- McCoy Tyner

During John Coltrane’s lifetime, jazz in its homeland existed in a struggle between the artistic and the commercial. The Classic Quartet was a working band, a self-supporting aggregation subject to the legendarily unreliable music business. The group was obviously a success, but success in jazz does not equate to constant opportunities to perform.

For John Coltrane the holes in his schedule likely provided an opportunity to explore and compose new music. But it also gave him added incentive to seek out opportunities to record that new music. Recording sessions provide an additional source of income for jazz musicians, and sessions help his musicians get paid when the calendar entries were limited. Fortunately, Impulse producer Bob Thiele was more than willing to oblige.

“I think my contribution with Trane was to let him record whenever he wanted to, even when the corporate power structure was opposed to it,” Thiele noted in a 1995 memoir. “I believe his contract called for two albums a year to be recorded and released. Well, hell, we recorded six albums a year. And I was always brought on the carpet because they couldn’t understand why I was spending the money to record Coltrane, since we couldn’t possibly put out all the records we were making.”

Thiele and his successor, Ed Michel, later collaborated with John Coltrane’s widow and last pianist, Alice Coltrane, to quarry a series of albums from the cans lying in the tape vaults. The original release of Sun Ship was one of those, assembled in late June 1971. – David Wild, Mosaic Records liner notes; John Coltrane: The Complete Sun Ship Session (3 LPs) 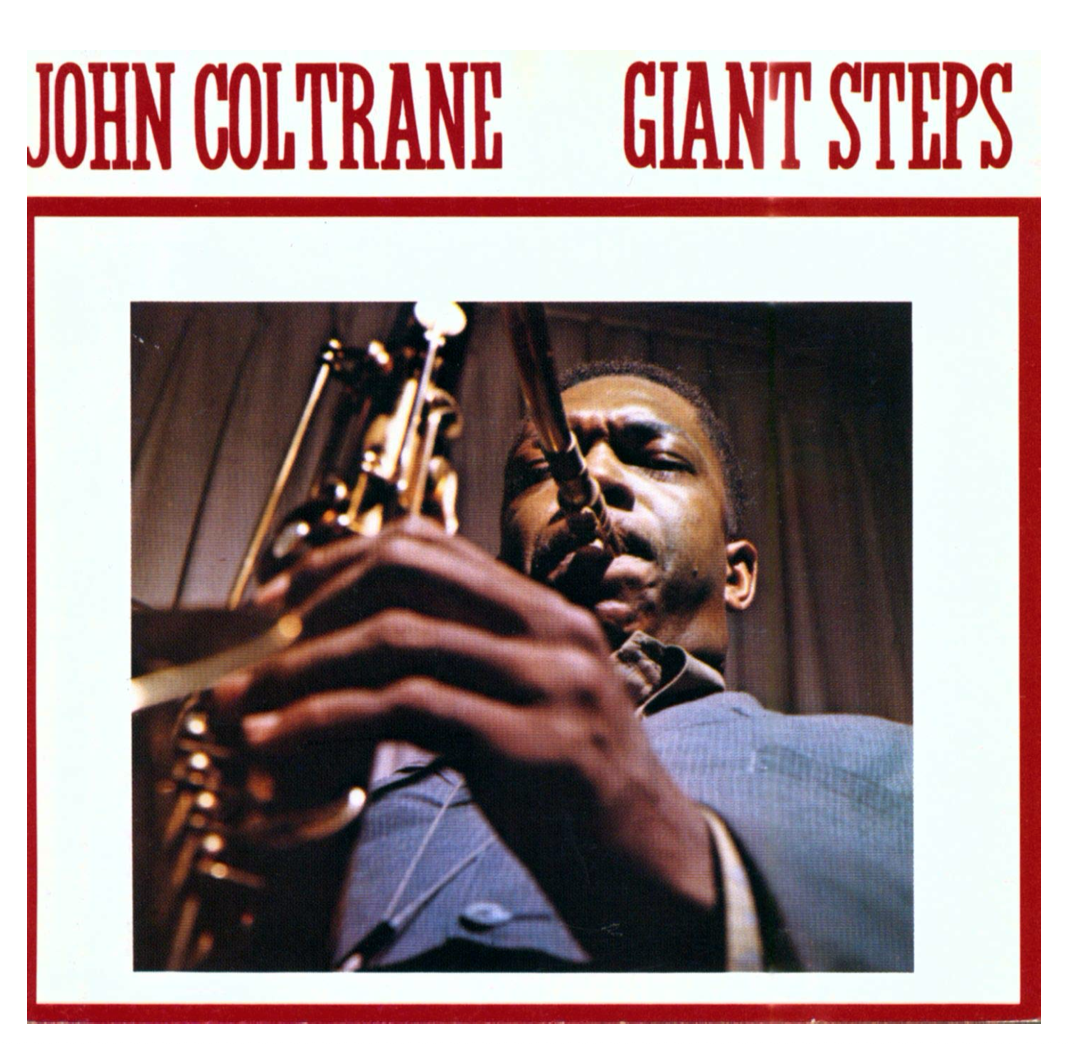 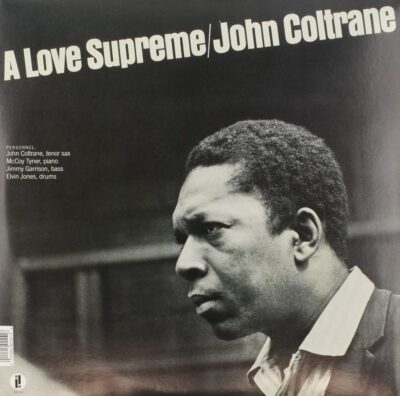 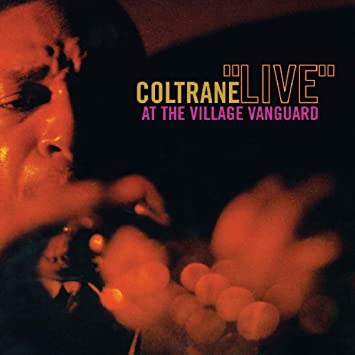