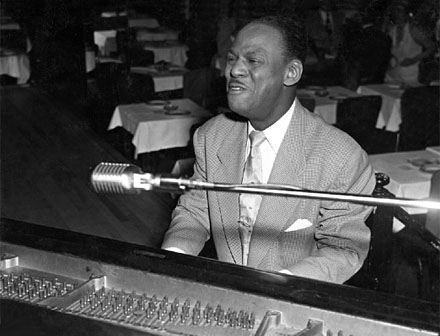 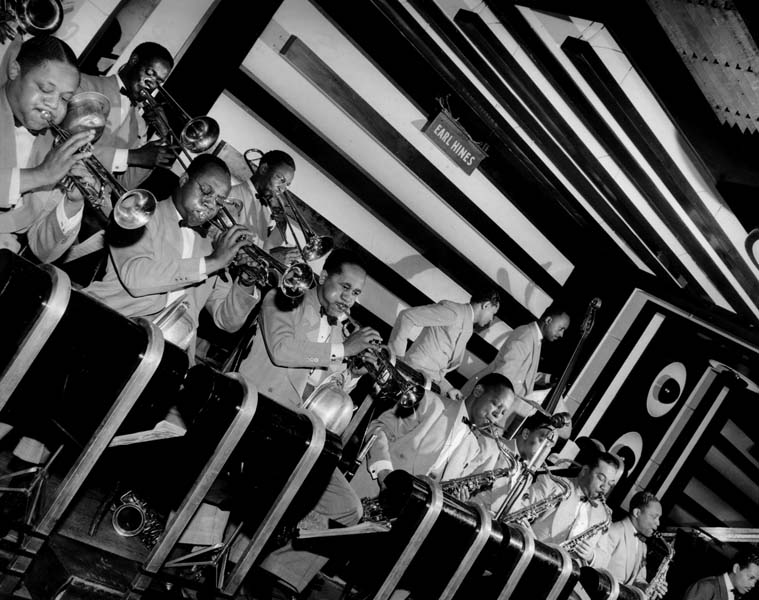 Earl Hines And His Esquire All Stars (Storyville)

During the swing era, due to his many recordings and nightly broadcasts, Earl Hines became a major influence on quite a few talented young pianists including Nat King Cole, Jess Stacy, Joe Sullivan, Teddy Wilson, and even Art Tatum. His successor with Jimmie Noone, pianist Zinky Cohn, probably came the closest to copying Hines’ style. But while these pianists could emulate his use of octaves, few (other than Cohn) attempted to equal his time-defying breaks. With his big band, Hines kept those breaks to a minimum since he had a full rhythm section, but on his solo piano recordings, he was often heard at his most daring.

Earl Hines continued leading big bands until 1948 when it had become obvious that leading such a large ensemble was a money-losing proposition. For the first time since 1928, he became a sideman as a member of Louis Armstrong’s All-Stars, touring with his old friend for three years and playing next to Jack Teagarden and Barney Bigard. However it was not a happy period for Hines, who was not used to being in a minor role and just being featured on a few numbers (including invariably “Boogie Woogie On St. Louis Blues”) every night. He only led three recording dates of his own during the period.

In mid-1951 Hines went back on his own and entered a 13-year period where, despite playing very well, he was largely ignored by the modern jazz press. At first he led a short-lived sextet that included trumpeter Jonah Jones and both Helen Merrill and Etta Jones on vocals. In 1954 he had a different sextet with trumpeter Gene Redd, trombonist Dickie Wells and tenor-saxophonist Morris Lane that is featured on broadcasts from San Francisco’s Club Hangover that have been released on a Storyville CD as being by the Esquire All Stars.

Then later that year, he settled in at the Club Hangover as the leader of a high-powered and rather energetic Dixieland group comprised of cornetist Muggsy Spanier, trombonist Jimmy Archey, clarinetist Darnell Howard (who had been with Hines’ big band a decade before), bassist Pops Foster, and drummer Earl Watkins. At first the pianist was not sure what to think of the group since he was not that familiar with the repertoire and thought of the music as being quite old-fashioned, but he grew to like it and he found his own place in the group. While he was out of the limelight as far as the modern jazz world was concerned, Hines was featured on a series of enjoyable broadcasts with the group over the next few years of which Storyville’s Chicago Dates and At Club Hangover (with Marty Marsala on trumpet) are fine examples.

Hines also had occasional opportunities to record away from the group including the trio set Plays Fats Waller and an outstanding solo session; both are reissued on Another Monday Date. The pianist toured England and France with Jack Teagarden in 1957, made guest appearances on records led by Benny Carter and Barbara Dane, and was with Jimmy Witherspoon during a famous set at the 1959 Monterey Jazz Festival. But by 1964, the 61-year old Hines was thinking about retiring.

Then everything changed for Earl Hines. The veteran jazz journalist Stanley Dance persuaded him to perform at the Little Theatre on Mar. 7, 1964. It was Hines’ first New York appearance in some time and many East Coast critics were in the audience. They were amazed to find that the pianist, who they had largely forgotten about or written off, was in dazzling form. Performing piano solos, in a trio with bassist Ahmed Abdul-Malik and drummer Oliver Johnson, and in a quartet with Budd Johnson, Hines opened up their eyes and ears. From that point on his life would become a whirlwind of activity with constant performances, tours and recordings that kept him very busy during his last 19 years. Find the Muse set (which had been issued earlier by Focus and Deluxe) and hear what impressed the critics.

There are dozens of worthy Hines recordings from his final “comeback” period. The two-Lp set Spontaneous Explorations has a solo session (his first since 1956) that was made the same day of the Little Theatre concert plus a trio album from 1966 that found Hines playing with bassist Richard Davis and drummer Elvin Jones and undoubtedly impressing the two younger modernists.

Grant Reunion from 1965 has Hines and his trio live at the Village Vanguard being joined on some numbers by Coleman Hawkins and Roy Eldridge. Hines steals the show with his six-song “Portraits Of Fats Waller.”

Earl Hines spent his later years often touring with a quartet that included Marva Josie on vocals. The two-CD set An Evening With Earl Hines from 1972, which includes Josie and guitarist Tiny Grimes, gives one a strong example of what his live appearances were like

A special treat from 1975 is Hot Sonatas, a set of duets with violinist Joe Venuti. Although they had both been active for 50 years, Hines and Venuti had never recorded together before. The results are filled with exciting and adventurous moments as the two veteran greats constantly challenge and inspire each other.

Earl Hines was always at his best on his unaccompanied solo piano albums and that certainly includes 1965’s Blues In Thirds, Earl Hines Plays Duke Ellington (a two-CD set), Tour De Force, Tour De Force Encore, Live At The New School (highlighted by a near-miraculous version of “I’ve Got The World On A String”), and Solo Piano (which is also a twofer). The latter reissues three very good records from 1971 of Hines playing full-length sets of the music of W.C. Handy, Hoagy Carmichael, and Louis Armstrong-associated songs. 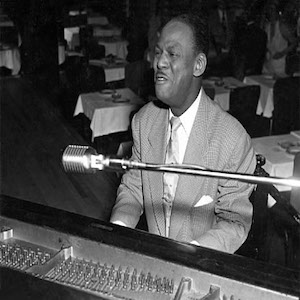 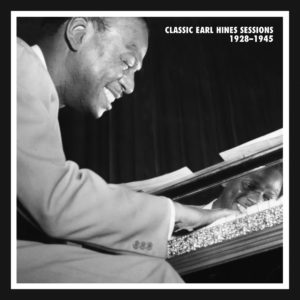