"Not that it necessarily follows that one who plays that beautifully is also a marvelous person, but I think one can discern in Clifford Brown’s case that the particular kind of extraordinary playing was linked to an equally special human being." - Ira Gitler

Clifford Brown’s prodigious technique is always totally integrated with the content of his playing. His sound is buttery when it is supposed to be, in his role as nonpareil balladeer; hard and brilliant when he moves into overdrive on the up-tempo poppers. Rhythmically he danced; tonally he sang.

By Ira Gitler
Clifford Brown was born in Wilmington, Delaware on October 30, 1930. His father played trumpet, violin and piano as a hobby and, as a young boy, Clifford was fascinated by the trumpet. When he was 13, his father bought one for him. ln junior high school he was tutored by Robert Lowery, a former professional musician who oversaw a student jazz group. He received a music scholarship to the University of Delaware which, ironically, had no music department.

During his time at the University of Delaware he met Fats Navarro in Philadelphia and received praise from the trumpeter. ln 1949 he sat in with Dizzy Gillespie’s orchestra and impressed Gillespie. ln 1951 he played briefly with Charlie Parker in Philadelphia and another giant was added to the Clifford Brown fan club.

Gillespie had told Max Roach about him and Parker hipped Art Blakey. Brownie would eventually play with both men, but first in ‘1953, he joined the nine-piece band of master arranger-composer Tadd Dameron. He did the summer season that year with Tadd at an Atlantic City, New Jersey night club but also found time to do three more sessions for Blue Note; one with Lou Donaldson, one with J. J. Johnson and another under his own leadership.

ln the fall, he joined Lionel Hampton’s orchestra for a European tour that took him to France, Sweden, and Denmark. He recorded (away from the band) in Paris, Stockholm, and Copenhagen. On his return to New York in November, Brownie began freelancing. ln time he began playing with Art Blakey and in early 1954 took part with the drummer in the famous live recording for Blue Note at Birdland.

At the same time Max Roach had gone out to California to work with the Lighthouse All Stars in the Los Angeles area. ln the spring, promoter-deejay Gene Norman asked him to put a band together for a tour. Max went back to New York and hired Clifford. lt was the beginning of an association between the two co-leaders that would last until that fateful June 26, two years later. ln these years Clifford Brown reinforced and further enhanced his already considerable reputation.

When the car carrying Clifford Brown, pianist Richie Powell and Powell’s wife skidded off the road and hurtled into a culvert, Brownie’s star was still in the ascendancy. Although his place in the sun lasted but a short time, his place in the musical firmament is everlasting.
– Ira Gitler, liner note except  Mosaic Records: The Complete Blue Note And Pacific Jazz Recordings of Clifford Brown #104

Trailer of a feature-length documentary presents a richly detailed account of Brown’s life, and examines his historical importance in the context of three criteria–innovation, influence, and individuality. Not easy to find but can be purchased here at: Jamey Aebersold’s Jazz Books

“l’m sorry I never got to know him better. Not that it necessarily follows that one who plays that beautifully is also a marvelous person, but I think one can discern in Clifford Brown’s case that the particular kind of extraordinary playing was linked to an equally special human being.

You only would have had to hear Max Roach, Art Farmer, Sonny Rollins, or Gigi Gryce talk about him to substantiate this view. Photographs of Clifford Brown reveal some of that inner self; the shots in which he is depicted in a playing attitude show his intensity, that utter concentration and total connection with his instrument.” – Ira Gitler 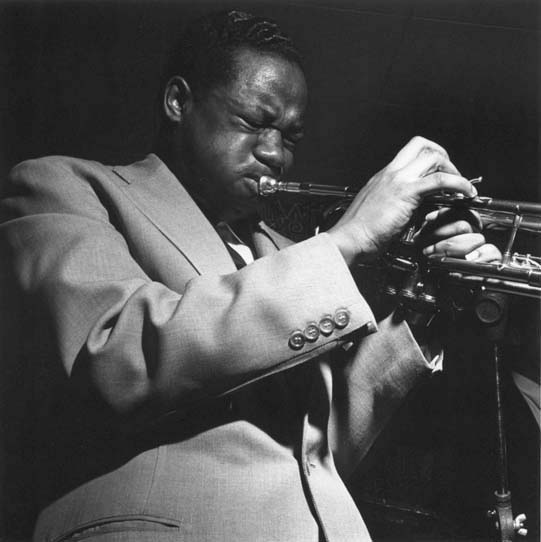 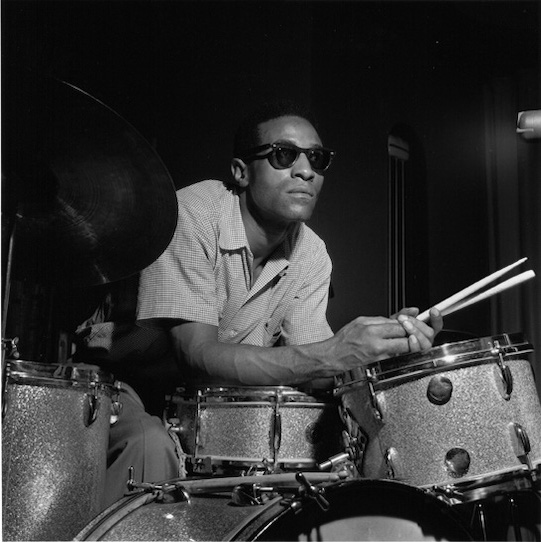 By Bob Blumenthal
The Clifford Brown/Max Roach Quintet created one of the very greatest string of small-group recordings in jazz history, worthy of consideration alongside the Hot Fives and Sevens of Louis Armstrong and the quintets of Charlie Parker and Miles Davis.

The Brown/Roach story begins in early 1954, a point at which Max Roach had been a celebrated influence on other drummers as well as the general evolution of jazz for nearly a decade. Roach began gaining notice touring in Benny Carter’s band while still a teenager, and then gained acclaim as the leading drummer of the modern movement through an association with Charlie Parker that began in 1945.

Over the next eight years Roach’s stature grew as he recorded with a host of other emerging artists (including Bud Powell, Sonny Stitt, Miles Davis and Thelonious Monk) and co-founded Debut, one of the first artist-owned labels, with Charles Mingus. Roach participated in the legendary bebop summit concert that produced the Jazz at Massey Hall recordings of 1953. Later that year, he relocated to the Los Angeles area, where he replaced Shelly Manne in the popular Lighthouse All Stars.

During his Lighthouse tenure, Gene Norman, a local concert producer and owner of GNP Crescendo Records, approached Roach about forming a working band. Roach knew immediately whom he wanted as a partner, a young musician he had first heard while touring in Philadelphia a few years earlier.

Clifford Brown and Max Roach found the remaining members of their quintet. They met tenor saxophonist Harold Land and bassist George Morrow at one of the many jam sessions held at the home of then-unknown saxophonist Eric Dolphy. Brown and Roach quickly realized that both Land and Morrow would be ideal sidemen in terms of musicianship, dedication and personality. A similar fit was found for the piano chair when Richie Powell arrived in Los Angeles as a member of Johnny Hodges’ small group.

By August 2, when the Clifford Brown-Max Roach Quintet entered a recording studio for the first time, it had coalesced into a magnificent creative ensemble. It had also secured a recording contract with EmArcy, a subsidiary of Mercury Records, and the affiliation proved invaluable to the group’s fortunes. These are the performances that comprise Brown and Roach, Inc. and the bulk of Clifford Brown and Max Roach.

Yet superior individual talents do not always mesh into great ensembles, and the Clifford Brown-Max Roach Quintet was without question one of jazz history’s greatest bands. It was at the forefront of trends, later described as hard bop, that have more widely been ascribed to the influence of the Jazz Messengers (formed later in 1954) and the Miles Davis Quintet (formed in late 1955). Not to take away from the importance of these immortal bands, but Brown and Roach were there first. – Bob Blumenthal, liner note excerpt Mosaic Records: The Clifford Brown & Max Roach Emarcy Albums (4 LPs)

By Michael Cuscuna
Although he had only three years on the national jazz scene before his tragic death in an automobile accident in June, 1956, Clifford Brown managed to cast a large presence as a trumpeter and composer. His originals like “Minor Mood,” “Tiny Capers,” “Daahoud” and “Joy Spring” signified the arrival of a composer of substance with his own identity. Much like Benny Golson, he had an enormous melodic gift and structural sense. Most of the tunes that he introduced during his all too short recording career have become jazz standards.

The quintet that he co-led with Max Roach, a prototypical hard bop ensemble, was a suitable vehicle for his originals, as this first version of “Joy Spring” recorded in August 1954 on the band’s first album “Clifford Brown-Max Roach Quintet” demonstrates. The melody of this piece has a joyous, life-affirming feel.

Tenor saxophonist Harold Land takes the first solo and sets a bright, friendly tone that sustains throughout Clifford’s and pianist Richie Powell’s solos. Clifford’s clarion sound and magnificent articulation is evident in the first two bars of this (or any, for that matter) solo. Both horns dig in as they trade fours with Max Roach who then executes a remarkably melodic drum solo as only he could. 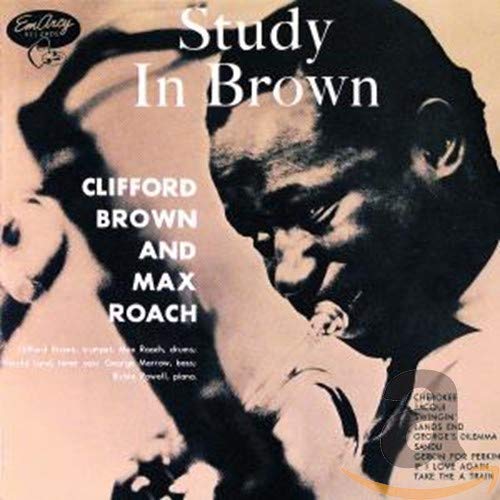 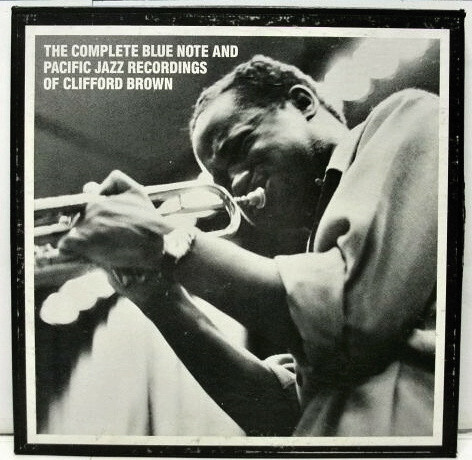