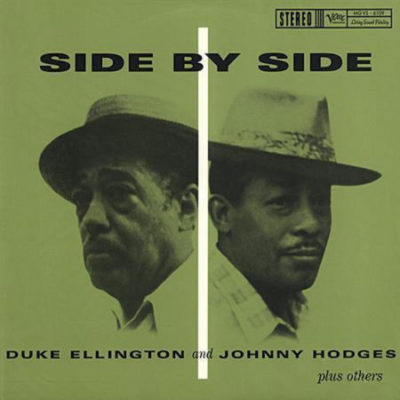 The swing music craze was just one aspect of a larger context at work.

It was a spirit that burst wide open in America between late 1934 and through 1936 and fed a whole vocabulary of cultural change. A fresh and urgent sense of modernism, inspired by new rules of motion and design, touched the work of the best young musicians, painters, sculptors, film makers, industrial designers like some invisible hand – in fact, every important creative center of popular culture.

To wit, as swing music began sweeping the country on NBC, the first Budd Zephyrs went into service and bullet-like DC-3’s replaced the boxy Ford tri-moters in aviation. Through 1935 and 1936 streamlining influenced everything from vacuum cleaner design to the Johnson’s Wax Building. The first Flash Gordon movies were released in April 1936. And the next month, as Benny Goodman wrapped his precedent-shattering six months in Chicago, Santa Fe launched America’s first diesel streamliner, the Super Chief.

All were expressions of a new futuristic physics of motion that promised the lean velocity and organic perfection of a bird in flight. What the machine age had wrought in the realm of function, artists were now shaping into a series of self-consciously aerodynamic illusions that implied movement even when standing still. The sleek, legato flow of swing music was an independent but direct extension of that modernistic sensibility into music. – John McDonough

BENNY CARTER
3,4,5 SMALL GROUP SESSIONS
A previously unissued trio session with Teddy Wilson and Jo Jones, a quartet date with Don Abney, George Duvivier and Louis Bellson and three tunes from a quintet date with Oscar Peterson, Herb Ellis, Ray Brown and Bobby White , all from the fall of 1954, form this 19-track program. The spotlight is on Carter’s exquisite alto saxophone.

CHARLIE CHRISTIAN
AFTER HOURS
Jam sessions from Minton’s and Monroe’s in 1941 by Christian, Dizzy Gillespie, Don Byas, Joe Guy and others. The first of Jerry Newman’s location recordings to be issued. Christian’s extended guitar solos on these early swing-to-bop jams are outstanding!

BUCK CLAYTON
GOIN’ TO KANSAS CITY
Reedman-vibist-arranger Tommy Gwaltney assembled this nine-piece band around Buck Clayton and Dicky Wells with Charlie Byrd and John Bunch among the cast. The jazz music of Kansas City in the ’30s is celebrated with versions of lesser-known gems by Wells, Basie, Jay McShann, Bennie Moten and Mary Lou Williams.

EDDIE LOCKJAW DAVIS
VERY SAXY
Lockjaw’s quartet with Shirley Scott, George Duvivier and Arthur Edgehill is joined by Coleman Hawkins, Arnett Cobb and Buddy Tate for five incredible and exciting performances  by masters of swing and blues. This is an historic meeting of four of the truly great big-toned swing tenor men.

DUKE ELLINGTON
PIANO IN FOREGROUND
Half of the disc features a wonderful 1967 octet with jazz musicians Cat Anderson, Lawrence Brown, Johnny Hodges, Paul Gonsalves, Harry Carney, Ellington, John Lamb and Rufus Jones performing Strayhorn’s title tune and 5 marvelous Ellington pieces that comprise “The Combo Suite.”  The balance of these small group sides were recorded in 1970 and range from new pieces like “Noon Mooning,” “Rockochet” and “Tippy-toeing Through The Jungle Garden” to classics like “All Too Soon.”  Gonsalves and Lawrence Brown and the principal soloists and Ellington experiments with various combinations, sometimes using two bassists or adding Wild Bill Davis on organ.

BENNY GOODMAN
COMPLETE CAPITOL TRIOS
In the late thirties, Benny Goodman’s trio with Teddy Wilson and Gene Krupa was the first integrated group to tour the United States.  It was also a great musical vehicle for Goodman’s and Wilson’s impeccable improvisations.  When Goodman signed with Capitol in 1946, one of his first projects was a reunion with Teddy Wilson that resulted in ten superb performances including “After Hours,” “All I Do Is Dream Of You” and “Stompin’ At The Savoy,” and another trio session that same year with Goodman’s then regular pianist Jimmy Rowles.  In 1954, Benny recreated many of his greatest hits on “Goodman in Hi-Fi” and used the brilliant Mel Powell to record such trio classics as “There’ll Be Some Changes Made,” “Rose Room” and “What Can I Say After I Say I’m Sorry.”

COLEMAN HAWKINS
THE GENIUS OF
The father of the tenor saxophone displays his genius on 12 standards, accomapnied on this excellent October 16, 1957 session by Oscar Peterson, Herb Ellis, Ray Brown and Alvin Stoller.

COLEMAN HAWKINS
AT EASE
A relaxed 1960 session by this great tenor saxophonist with supported by the superb rhythm section of Tommy Flanagan, Wendell Marshall and Osie Johnson. The focus is on standard ballads and Hawk is in excellent form.

EARL HINES
PLAYS ELLINGTON
Recorded for Master Jazz Records over four sessions between 1971 and 1975, these solo piano recordings allow us to eavesdrop on one master studying another. Hines tackles tunes he knew well and tunes learned for the sessions with pure mastery. All 30 performances are gathered on this 3-CD set.

JOHNNY HODGES
USED TO BE DUKE
In 1954, still on hiatus from the Ellington orchestra, Hodges led his strong little band on this album with trumpeter Shorty Baker, trombonist Lawrence Brown, baritone saxophonist Harry Carney, bassist John Williams, drummer Louis Bellson, either Call Cobbs or Richie Powell on piano and either Jimmy Hamilton or John Coltrane on tenor. Simply great small group swing by one of the lyrical masters of jazz music.

JOHNNY HODGES
SIDE BY SIDE
This jazz record contains three more tunes from the Ellington-Hodges “Back To Back” session and 6 others by a septet that features Ben Webster and Billy Strayhorn.

RED NORVO
MODERN RED NORVO
The first eight tracks on this collection comprise Norvo’s 1944 Comet date with Dizzy Gillespie, Charlie Parker, Flip Phillips, Teddy Wilson, Slam Stewart and J.C. Heard or Specs Powell. The remaining 33 tracks are from the Discovery sessions by the great 1950-51 trio with Tal Farlow and Charles Mingus that swung incredibly hard despite the absence of a drummer. Many of the songs are heard in two takes because it was a recent discovery that many of the original singles had shorter different takes than the later LPs. This trio was one of the greatest small groups in jazz history.

DJANGO REINHARDT
FIRST RECORDINGS!
12 of the original 1934-35 Ultraphone recordings by the Quintet of the Hot Club Of France with Stephane Grappelli including “Dinah,” “Avalon,” “Lady Be Good” and “Smoke Rings.”

DJANGO REINHARDT
SWING ’39
The 1939 edition of the Quintet Of The Hot Club Of France with master and alternate takes from French Decca 78s. The group was reaching its pinnacle at this juncture and the tandem of Reinhardt and Grappelli are shown here with fascinating alternate takes on “Jeepers Creepers”, “Japanese Sandman” and “My Melancholy Baby” plus 14 others.

DJANGO REINHARDT
DJANGOLOGY
The marathon 1949 sessions in Rome by Django and Stephane Grappelli produced an amazing body of music inlcuding originals from their Hot Club Quintet days. Twenty-three of the best performances have been gathered on this newly remastered CD.

P. RUSSELL
JAZZ ORIGINAL
Twenty-two selected Commodore masters and alternate takes featuring choice solos from this most iconoclastic clarinetist. These tracks are drawn from sessions by Eddie Condon, Muggsy Spanier and Wild Bill Davison as well as Russell’s own

ARTIE SHAW
COMPLETE GRAMERCY FIVE
The 8 sides from 1940 with Billy Butterfield, Al Hendrickson and Johnny Guarnieri and the 7 sides from 1945 with Roy Eldridge, Dodo Marmarosa and Barney Kessel. Small-group swing at its best.

ART TATUM
GROUP MASTERPIECES VOL 7
Clarinetist DeFranco’s chops and harmonic knowledge go head to head with Tatum on this inspired quartet session by kindred spirits. Red Callender is on bass and Bill Douglass is on drums.

ART TATUM
GROUP MASTERPIECES VOL 8
This relaxed session finds the piano virtuoso matched with the warm, concise tenor saxophone of Ben Webster. Every track is a gem. “My One And Only Love” is a masterpiece. Red Callender is on bass and Bill Douglass is on drums.

BEN WEBSTER
SOULVILLE
Best known for its aptly named title tune, this 1957 date with Oscar Peterson, Herb Ellis, Ray Brown and Stan Levey has a healthy helping of magnificent ballads like “Time On My Hands,” “Where Are You” and “Ill Wind.”

BEN WEBSTER
SEE YOU AT THE FAIR
This 1964 quartet album with Hank Jones and Roger Kellaway alternating on piano is an absolute gem with gorgeous versions of :”Someone To Watch Over Me”, “The Single Petal Of A Rose” and “Our Love Is Here To Stay.”

LESTER YOUNG
COMPLETE ALADDIN
This set includes the magnificent 1942 trio session with Nat Cole, the Helen Humes session (with a newly discovered instrumental), and all seven small-group sessions led by Young between 1945 and `47. These sessions, which spawned such classics as “D.B. Blues” and “Jumpin’ With Symphony Sid”, include Vic Dickenson, Willie Smith, Joe Albany and Roy Haynes among the sidemen.

LESTER YOUNG
COMPLETE SAVOY
The first disc covers Young’s 1944 sessions with the Johnny Guarnieri sextet, a big band of Basie-ites led by Earle Warren and Lester’s quintet featuring Basie himself. The second CD jumps to 1949 for a studio session by his sextet with Jesse Drakes, Junior Mance and Roy Haynes and a live 1950 Chicago performance with Drakes, Kenny Drew and Jo Jones.

LESTER YOUNG
COMPLETE SAVOY-2
The first disc covers Young’s 1944 sessions with the Johnny Guarnieri sextet, a big band of Basie-ites led by Earle Warren and Lester’s quintet featuring Basie himself. The second CD jumps to 1949 for a studio session by his sextet with Jesse Drakes, Junior Mance and Roy Haynes and a live 1950 Chicago performance with Drakes, Kenny Drew and Jo Jones.