“Coleman Hawkins instantly established authority when he took the stage, before he had even played a note. Though short of stature, he was a handsome, solidly built man, impeccably dressed, with an aura that commanded respect. And once he began to play, his sound alone sufficed to seduce or arouse the listener, depending on the mood and spirit of the music being made” – Dan Morgenstern, Living With Jazz

By Loren Schoenberg
Before Coleman Hawkins came to maturity, Sidney Bechet and Adrian Rollini had already taken giant steps on the soprano and bass saxophones respectively, establishing the idea that the saxophone could be used to make great jazz. It was left to Hawkins to process the innovations of Louis Armstrong in an intensely personal way, and fashion out of them his own voice.

There are very few musicians in any genre who remain protean figures for as long as Coleman Hawkins did. When he gave up the cello for the saxophone in the early 1920s, not only was his chosen instrument considered a joke at best, there was as yet no model for coherent jazz improvisation.

Miraculously, at the age of 35 he would have a hit recording, Body And Soul, that remains one of the most sophisticated and challenging items ever to come remotely near the bestseller’s list. And by the age of 59 Hawkins would more than hold his own in studio encounters with John Coltrane and Sonny Rollins – both of whose careers would have been unimaginable without Hawkins’ precedent.

No matter how nonchalantly Hawkins tried to make the choice to record Body And Soul seem, it had long been his encore during his European years, and he had a lot riding on this session. Lester Young was at his zenith with the Basie band, and virtually all of the other major bands had a Hawkins-styled tenor in a featured position.

The decades as a musical omnivore came to fruition as he signaled to pianist Gene Rodgers to make an introduction in Db. The sounds of Bach, Tatum, Armstrong, and the untold musicians who had filled his head and ears culminated in one of the greatest spontaneous set of variations ever recorded. – Loren Schoenberg 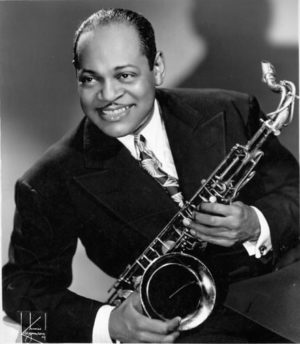 Coleman Randolph Hawkins was born in St. Joseph, Missouri, on November 21st, 1904. Young Coleman was given classical music lessons on the cello and he continued to play the cello through his adolescent years but doubled on the C-melody saxophone with local dance bands.

Vaudevillian Mamie Smith came through Kansas City on a tour, supplementing her band with local musicians. The 16-year-old Hawkins immediately impressed her with his skills at both reading music and improvisation. The following year on the road with Smith’s troupe gave Hawkins a life’s worth of professional and personal lessons.

He soon came to the attention of bandleader Fletcher Henderson. The early 1920s was a burgeoning time for jazz, and a virtuoso like Hawkins could make an excellent living by freelancing in nightclubs, playing theatre dates and recording. Henderson was eventually able to offer Hawkins full-time employment, and the saxophonist remained a featured member of the band for a decade.

The arrival of Louis Armstrong in the Henderson band in late 1924 for a year-long stint was to have a profound impact on the music world in general and on the 20-year-old Coleman Hawkins in particular. Hawkins was one of the first to begin transforming Armstrong’s example into personal terms, but it would be a lengthy process. – Loren Schoenberg, liner note excerpt Mosaic Records: Classic Coleman Hawkins Sessions 1922-1947

Given his love of Bach and Pablo Casals and his own unquenchable thirst for self-expression, it was inevitable that Hawkins would move towards solo performances.

During his European jaunt, he began surrounding his songs with unaccompanied introductions and codas. For all we know, he may have been doing this in theaters as far back as the Mamie Smith days.

Harry Lim, a Javanese jazz lover who came to America in 1939, first produced jam sessions in Chicago and New York and then founded Keynote Records, a premier small jazz label. In an article for Metronome magazine in May, 1944, Lim dubbed Hawkins the Picasso of Jazz.

The Picasso of Jazz

Harry Lim; Metronome magazine May 1944
“For an amazing number of years, Coleman Hawkins has been among the style-setters, not only for tenor-saxists, but for all horn players. This he accomplished by keeping ahead of the times, by going through several phases of self-imposed style changes, and with an inborn musical genius which is rare in any musician.

In my estimation Coleman Hawkins stands alone as the finest and most important individual musician on today’s jazz scene, irrespective of instrument. That is true, I think, even taking into consideration the present-day playing capabilities of men like Benny Goodman, Teddy Wilson and a few others, whom we consider the greatest and most significant musicians as far as the present and future of jazz are concerned…

The most amazing thing about this man is the fact that he rises above his surroundings. He can be put with the worst rhythm section in the world and yet play some of the most magnificent stuff ever heard…Hawk develops his choruses as a logical sequence of beautiful phrases. The second chorus follows the first one naturally. This then, friends, is the difference between Coleman Hawkins and an ordinary “chorus blower” whose ninth chorus has absolutely no relation to the tenth.

Many critics who cling so desperately to the old “pure Fletcher Henderson Hawk” complain about the reedy buzz tone he has been using since coming back from Europe, but Hawk uses this device only as a climatic effect, this in contrast to his imitators, who use it till they empty the joint in which they’re playing.

You can take this for a fact: Hawk is a musician who is still continuously advancing his playing, whose harmonic ideas become more daring with every subsequent recording date. In fact, the time has come when a jazz musician of Hawkins’ status should be taken in hand by a prominent concert promoter and a serious concert tour be mapped out for him. When an American composer, familiar with jazz and the classics both, should write a modern concerto for tenor sax and orchestra with Coleman Hawkins in mind.

He’s an ardent classical music fan, has a fine personal music library of classical discs. On a recording session we had not so long ago he confided to me that he would like to make an unaccompanied solo record, on the order of the cello records of Pablo Casals.

Yes, it is with musicians like Coleman Hawkins that the future of jazz lies”.

“It was unnerving how intently he could listen. You’d be playing and suddenly you’d be aware of someone standing off to your right. If you looked over, you’d see him with his arms folded and his head down just a little, watching and listening to everything. He did that for as long as I knew him.”
George Duvivier 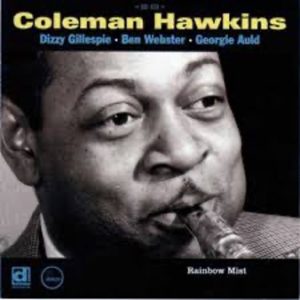 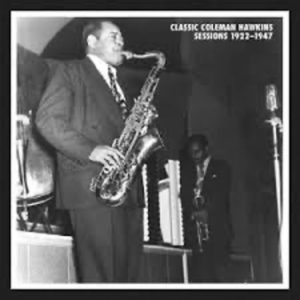