"We called him 'The Knife because when he'd get up to blow, his playing had almost a slashing effect on the rest of us. He'd slash, chop, and before he was through, cut everybody down to size." - Mel Lewis 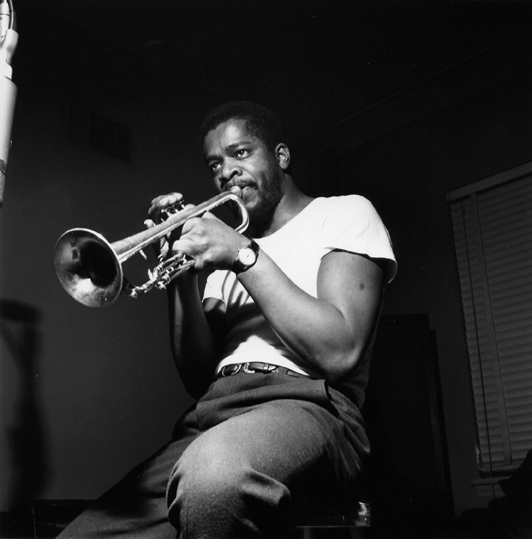 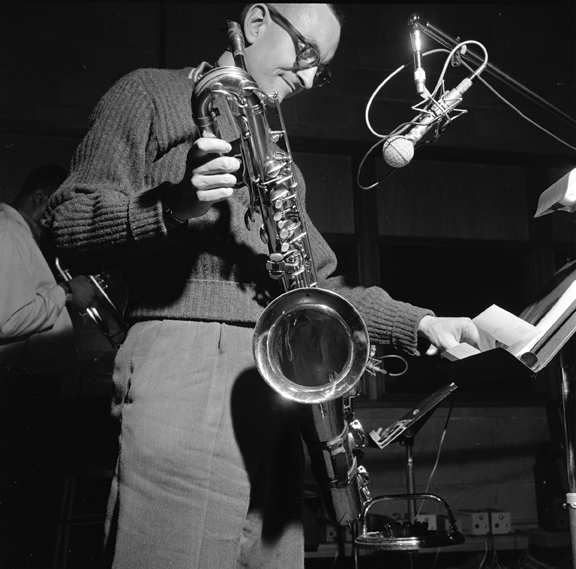 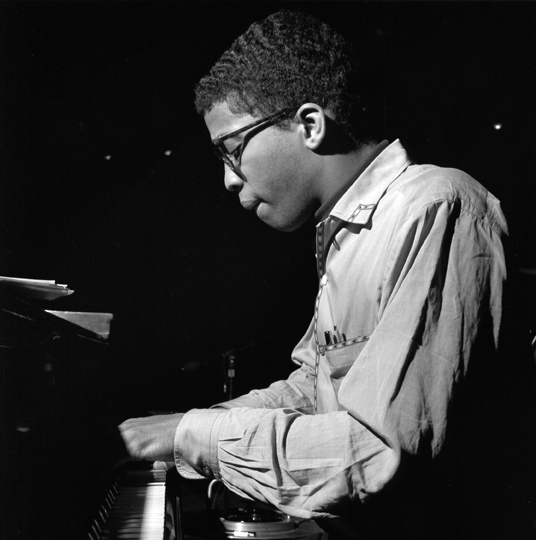 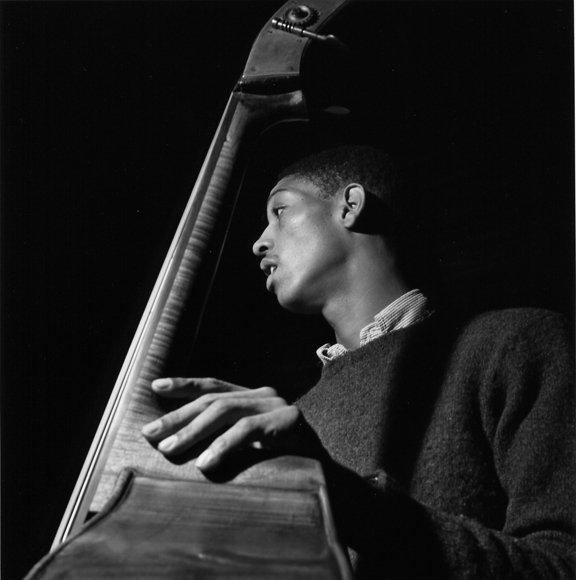 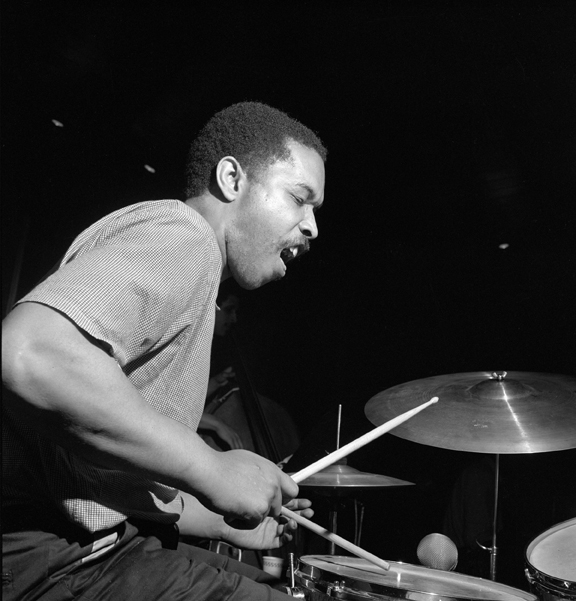 It’s a good thing that we don’t have to pack recordings for that mythical desert-island trip, because it would be hard to leave Royal Flush behind.

By Bob Blumenthal
Among its many exceptional qualities, it marks the first Blue Note appearance of the Butch Warren/Billy Higgins rhythm section that would also be heard on the label behind Jackie McLean, Sonny Clark, Hancock, Don Wilkerson and Dexter Gordon.  “Pepper and Herbie and I went to rehearse one day at a place called the White Whale in New York,” Byrd explained to Leonard Feather in the original liner notes.  “We found two jazz musicians working there – Butch Warren…and Billy Higgins…They both seemed to fit our requirements fine, so that’s how this quintet was put together.”  Another of Byrd’s contributions to the Blue Note legacy.

This is also the album that really brought Hancock to the attention of the jazz cognoscenti.  It was his first Blue Note session to be released and contained his first recorded composition.  At least half of the material was familiar from Byrd/Adams quintet gigs, with Hush, Jorgie’s and 6 M’s appearing on a bootleg recording made the previous June at a St. Louis club where Cleveland Eaton and Teddy Robinson completed the rhythm section.  – Liner note excerpt Mosaic Records: The Complete Blue Note Donald Byrd/Pepper Adams Studio Sessions

Donald Byrd was the right trumpeter at the right time when he arrived in New York at the age of 22 in 1955.

By Bob Blumenthal
Well-schooled in both the techniques of his horn and the uses to which they had been put by his predecessors and benefiting from the inquisitive professional environment of his native Detroit, he was noticed quickly and heard frequently.  Being one of the more responsible, habit-free members of the modern jazz scene was also an asset, particularly in the rapidly expanding realm of independent jazz recording that was spurred by the new 12-inch, 33 1/3 rpm long-playing record.

These professional and personal strengths bespeak Donald Byrd’s foundation in family and community.  His given name, Donaldson Toussaint L’ouverture Byrd II, is an indication of the dignity and appreciation of black history that he inherited from his father, who was a Methodist minister as well as a musician.

Donald Byrd was born on December 9, 1932 and raised in Detroit, which also made him the beneficiary of the vibrant atmosphere created by the rural-to-urban African-American migration north in the early 20th Century. Donald Byrd went on to Wayne State University, where he earned the first of his many degrees in 1954.  His studies were interrupted by two years of military service in 1951-53; and while stationed in Newburgh, New York during his tour of duty, Byrd also made a significant Manhattan connection when he played briefly with Thelonious Monk.

Back home in Detroit, Donald Byrd enjoyed the company of like-minded modernists.  Some, like saxophonist and fellow Wayne State student Yusef Lateef, were older and had already logged road time with major bands; yet even those who had remained at home like Barry Harris were among the first to appreciate and absorb the idiom that Dizzy Gillespie and Charlie Parker had introduced in the previous decade.  There were entire families of notable modern players in Detroit and its environs, Burrells and Jacksons and Joneses and McKinneys, while the shared passion for and commitment to the music created the sense that all Detroit players were family.  In the case of white musicians like baritone saxophonist Pepper Adams, these ties even cut across the racial divisions still firmly entrenched in American society.

Donald Byrd left home a bit sooner and drew attention almost immediately. The first album to appear under his name was recorded at an August 1955 Detroit concert by a sextet that also included Lateef, Harris, Bernard McKinney, Milt Jackson’s brother Alvin and Frank Gant. (Originally on Transition, the recording was purchased by Delmark and reissued under both Lateef’s and Donald Byrd’s names.) Later that month Donald Byrd was in New York and working at the Cafe Bohemia with pianist George Wallington, in a quintet that was also instrumental in helping Paul Chambers, Jackie McLean and Phil Woods to make their marks. Donald Byrd recorded with Wallington, and in September made his first appearance as leader in a recording studio (Rudy Van Gelder’s, no less) for Savoy.

In December 1955 Donald Byrd had replaced
Kenny Dorham in the Jazz Messengers and his career took off.

He made two more albums for Transition, one of which included the full cast of Messengers, followed by numerous blowing sessions for Prestige in the company of other young players like McLean, Woods and Art Farmer, as well as the more veteran Gene Ammons and Idrees Sulieman.

When Art Blakey took over the Jazz Messengers name in the summer of 1956 and the other members withdrew, everyone who wasn’t a trumpet player seemed to want Donald Byrd’s services.

He played in the Max Roach quintet briefly after the death of Clifford Brown, participated in some early Horace Silver Quintet recordings and made the first of many Blue Note sideman appearances on Paul Chambers’ Whims of Chambers. Another participant in that session, John Coltrane, would become a frequent partner of Byrd’s in the next two years, often in the company of pianist Red Garland. Hank Mobley, Sonny Rollins, Lou Donaldson and Jimmy Smith were among the Blue Note artists who included Byrd in their studio projects.

And, lest we forget, there was the Jazz Lab Quintet that Donald Byrd co-led with alto saxophonist Gigi Gryce, which was documented extensively during 1956-7 on Riverside, Columbia, Verve, RCA and Jubilee.

Donald Byrd simply continued to play and to study; and for several months in 1958 he toured and recorded throughout Europe in the company of Doug Watkins Walter Davis, Jr. and Art Taylor, as well as European stars including Tubby Hayes, Bobby Jaspar and Dizzy Reece. When Donald Byrd returned to New York at the end of 1958 and began his lengthy affiliation as a Blue Note contract jazz artist, his sound had grown fuller and warmer, and his technical agility was tempered with a lyricism that would only continue to grow. – Bob Blumenthal, liner note excerpt Mosaic Records: The Complete Blue Note Donald Byrd/Pepper Adams Studio Sessions