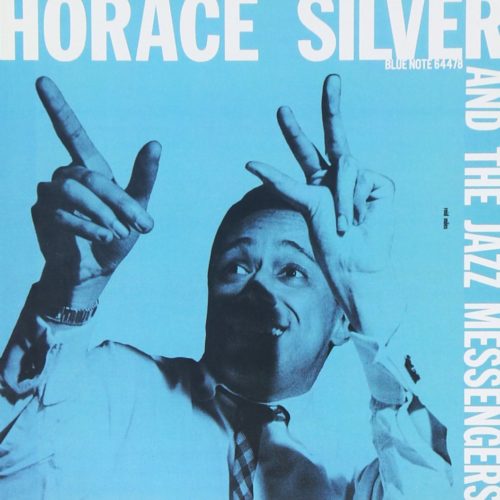 “You learn to sit back there and make that man play. It’s just like putting a soloist, a man—anybody—out in the ice-cold water without his boots on, rubber boots. And you get him out there, you make him feel good and make him play, and stay behind him. And try to make him build up. And each chorus you just keep building up and keep building up. And a guy goes a certain distance, I make a roll.

They know when I make that roll, they got a certain distance. They say, well, I got three choruses to play. After that roll, I know I got to play now. – Art Blakey, Talking Jazz by Ben Sidran reprinted with permission

By Scott Yanow
A powerful drummer with a trademark drum roll that could scare off all but the bravest jazz musicians, Art Blakey was one of the giants of his instrument. However more unique than his exciting playing were his skills and philosophy as a bandleader which served as an inspiration for a countless number of up-and-coming young jazz artists. His leadership of the Jazz Messengers during 1955-90 found him essentially running a graduate school for jazz, one with scores of brilliant students.

Art Blakey led his first record date in 1947, heading an octet. He first worked with pianist Horace Silver on the Miles Davis record dates, recording with Silver’s trio in 1952. On Feb. 21, 1954 Blakey was at the head of an all-star quintet that also included Silver, trumpeter Clifford Brown, altoist Lou Donaldson, and bassist Curly Russell. They recorded extensively that night at Birdland and the style of the music hinted strongly at what was to come with the Jazz Messengers. Another pre-Messenger set was a quintet outing for Emarcy that had Blakey heading a quintet with trumpeter Joe Gordon and altoist Gigi Gryce.

Blakey and Horace Silver were the original co-leaders of the Jazz Messengers when it was formed later in 1954. The drummer had gotten tired of playing jam session-style music in clubs and wanted to have a band that had its own repertoire rather than just trotting out the more typical standards. Silver, in addition to being a very original pianist, was a very talented songwriter and became the group’s first musical director. With trumpeter Kenny Dorham, tenor-saxophonist Hank Mobley, and bassist Doug Watkins completing the group, the Jazz Messengers were born.

The album Horace Silver and the Jazz Messengers has the band introducing such Silver songs as “Doodlin’,” and “The Preacher,” both of which became standards. The solos of Dorham, Mobley and Silver are concise, melodic and colorful, and Blakey’s drumming is immediately distinctive as he pushes the ensembles.

The Jazz Messengers at the Café Bohemia, which has been reissued as a two-CD set, features the original version of the group stretching out as they typically did in clubs. Their music is quintessential hard bop, a mixture of standards and group originals played in a swinging fashion. The Jazz Messengers from the start had their own sound within the modern mainstream of jazz, a situation that would be consistent for the next 35 years.

The same group, with Donald Byrd taking over for Dorham by April 1956, recorded an album for Columbia before Silver left to go on his own, taking Mobley and Watkins with him for his own quintet. 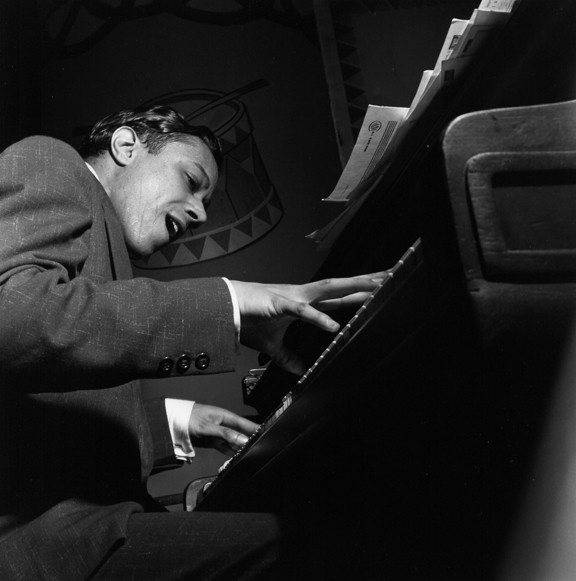 Simplicity is very difficult, you know.

Find some beautiful harmonies that are not too complex but yet beautiful, different, moving in different directions—interesting, you know, stimulating to the mind, for a player. But not too complex, so that it makes it hard to play. And a simple melody that’s not complex to play either, but yet it’s beautiful and has some depth and some beauty and some meaning to it, you know

Because if you’re not careful, when you’re trying to be simple, it can be very corny or trite, you know. That’s the hard part about simplicity. But once you get it, you really got something. – Horace Silver, Talking Jazz by Ben Sidran; reprinted with permission