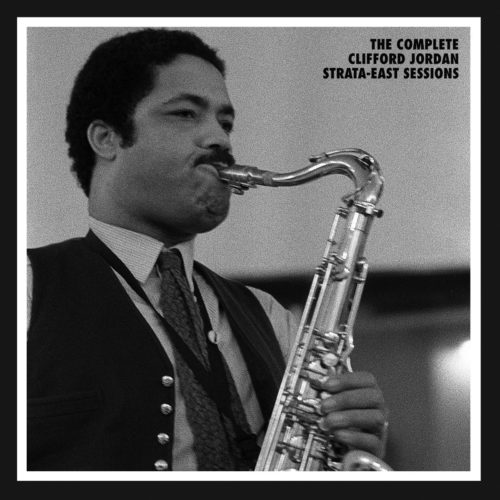 The explosion of creative freedom that characterized jazz in the late 1950s and 1960s was just one step in the process of musicians taking control and responsibility for their lives.

Promoting, owning and distributing their own product were other obvious results. Rent parties and private releases may have been a part of the music scene forever, but in the 1970s, on the heels of the “black power” movement, self-sufficiency started to look like a crusade. It contained elements of liberation.

Clubs unwelcoming to the new sound? Musicians countered by collectively hosting concerts themselves, giving birth to the loft jazz scene in Manhattan in spaces with sketchy occupancy credentials and even less substantial recognition from the state liquor authority. No phone call from The Newport Jazz Festival? Artists started their own independent festival in church halls, college campuses and local art centers.

Music was everywhere, and it couldn’t be contained. Including on discs. And that’s where Strata-East comes in, especially the recordings supervised by tenor saxophonist Clifford Jordan as a tribute to Eric Dolphy.

Birth of a label.

Strata-East began as a collaboration between pianist Stanley Cowell and trumpeter Charles Tolliver, who were forced into “self-publishing” when they couldn’t find a label that would issue and market their “Music Inc.” album. Clifford Jordan liked what he heard and asked the team if they could press and release sessions he had made headlined by Pharoah Sanders, Charles Brackeen, Cecil Payne, Ed Blackwell, Wilbur Ware and himself on dates from 1968 and ’69. The session led by Ware went unreleased until 2012, and the Blackwell session makes its first appearance here.

Mosaic’s box set, “The Complete Clifford Jordan Strata-East Sessions,” bundles them all for the first time ever. It features the 6 outstanding unreleased tracks, by Ed Blackwell with a drum ensemble and a quartet featuring Don Cherry. Collectively, the sessions are a microcosm of the jazz world in the 1970s, where the power was always on and the ideas were electrifying.

Unsurprisingly, every track is an original – there’s not one standard tune in the lot.

Independence in music and in life.

At the time, the independent jazz movement was more than a search for ways to create art that was more personal, sometimes even spiritual. Musicians were testing ways to exist off the grid of the typical financial and commercial restraints that had never favored them.

Strata-East was an important part of that experiment. It left the music to the creators, giving them freedom to record whatever they wanted. The label handled distribution and promotion. It became an important outlet for musicians, established and new, to give life to what they were hearing in their hearts.

Jordan was like a super-collider of old and new: his own session includes Don Cherry, Julian Priester, Richard Davis, Wynton Kelly, Wilbur Ware and Albert Heath on one date, Kenny Dorham, Ed Blackwell, and Roy Haynes with Kelly, Ware and Davis on another.

An earlier date headlined by Cecil Payne employs Dorham, Kelly, Ware and Heath. Brackeen’s set is a reunion of Ornette Coleman’s band without Ornette, and features Cherry, Charlie Haden, and Blackwell. Ware used Cherry, Blackwell, and Jordan on his set.

When it was Blackwell’s turn to lead, the drummer chose Cherry, Luqman Lateef on tenor saxophone, and Ware for one set, and Billy Higgins, Dennis Charles, and three musicians on log drums and percussion (one of them, Jordan himself) for a second ensemble.

A final set by Jordan recorded in 1973 produced one of the tenor saxophonist’s career masterpieces. “Glass Bead Games” was released as a double album and features two quartets: Stanley Cowell, Bill Lee, and Billy Higgins and Cedar Walton, Sam Jones and Higgins..

Given the Strata-East concept, the music ranges all over the spectrum from the soulful groove of Cecil Payne’s set to the challenging incantations of Pharoah Sanders. Both the Blackwell set and Brackeen’s, will sound welcome to anyone who got to know them through their important association with Ornette. They are an extension of all he did to free the music while remaining true to its roots in blues, emotionalism, and driving rhythms.

Jordan’s own recordings are a delight. Having grown up in the fiercely independent jazz city of Chicago, Jordan already had a couple of dates under his belt as a leader (and frequent sideman) for Blue Note, plus discs for Riverside, Jazzland and Atlantic when he took on the mantle of nurturing these projects. Having served with such demanding leaders as Horace Silver, Max Roach and Charles Mingus, he is clearly playing with passion, agility and taste.

Strata-East went on to release more than 50 albums in its day including the popular “Winter In America” by Gil Scott-Heron, but the masters Clifford Jordan contributed were what helped propel it into becoming an actual label. To really feel the fervor of the times, they are an essential addition to any collection.

Producer’s Note:
This set of recordings which Clifford Jordan produced for Frontier Press in 1968 and ’69 has fascinated me since they were first released in the early ‘70s on Strata-East in what Clifford called the Dolphy Series.
The musicians he chose to record were an interesting generational mix from people like Cecil Payne and Kenny Dorham who came of age in the ‘40s to men like Pharoah Sanders, Charles Brackeen and Don Cherry who were cutting edge in the ‘60s.
It has long been a goal of mine to get this interesting body of work, including Clifford’s masterpiece “Glass Bead Games” which was recorded four years later, released in one place at one time.
In the late ‘70s, Clifford expressed a desire to sell these masters and enlisted my help. Nothing ever came of it but some interesting facts came to light at the time. Clifford gave me the details of two enticing, unreleased sessions led by Wilbur Ware and Ed Blackwell. One of the first sessions done was a Don Cherry quartet session with Clifford, Wilbur Ware and Ed Blackwell, but Clifford told me that Don Cherry was unhappy with the results. No trace of the tapes exists today and we assume that they were eventually scrapped.