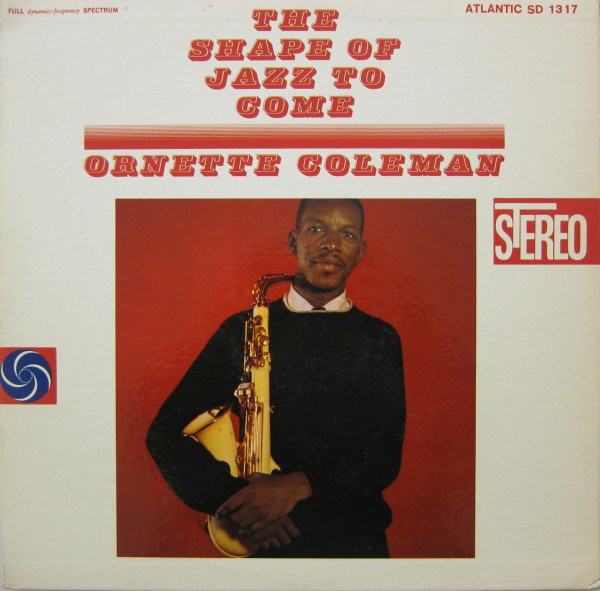 JOHN COLTRANE
EXPRESSION
This was the last album that John Coltrane prepared for release during his lifetime. The music is atonal, yet spiritually at peace. Coltrane makes his only appearance on flute with Pharoah Sanders on flute and piccolo on “To Be”. The rest of the album features just Coltrane on tenor. The rhythm section on these early 1967 recordings is Alice Coltrane, Jimmy Garrison and Rashied Ali.

JOHN COLTRANE
STELLAR REGIONS
A February 1967 session with Alice Coltrane, Jimmy Garrison and Rashied Ali. All but one piece, “Offering”, are released here for the first time. Trane is featured on alto on “Tranesonic”.

JOHN COLTRANE
LIVING SPACE
These five pieces complete the 1965 studio output of the Coltrane Quartet on CD. The haunting, riveting title tune is a brilliant soprano saxophone piece by Coltrane. The previously unissued “The Last Blues” was long considered lost until Ravi Coltrane found the studio tape copy that had been in his father’s possession. Masters at work!

JOHN COLTRANE
ASCENSION
Coltrane’s eleven-piece ensemble (which adds Freddie Hubbard, Dewey Johnson, Marion Brown, John Tchicai, Pharoah Sanders, Archie Shepp and Art Davis to his quartet) digs into a minor blues line and takes it beyond all that had come before in jazz.  This CD contains both takes in this powerful 40-minute performance.

JOHN COLTRANE
KULU SE MAMA
Coltrane added Pharoah Sanders, Rafael Garrett, Frank Butler and Juno Lewis for this trance-like fusion of power and tenderness.  The original album was complete by “Vigil” by Coltrane and Elvin Jones and “Welcome” by the regular quartet.

JOHN COLTRANE
OLATUNJI CONCERT
This long-fabled April, 1967 concert by the quintet with Pharoah Sanders, Alice Coltrane, Jimmy Garrison and Rashied Ali with percussionist Algie DeWitt has finally been issued (this is the first set – the only one recorded). They perform extended versions of “Ogunde” and “My Favorite Things”. The sound isn’t perfect, but this last concert is powerfully intense.

JOHN COLTRANE
HALF NOTE
The Half Note was one of several clubs in which the John Coltrane Quartet worked frequently in New York. Alan Grant broadcast his nightly WABC-FM show from the club every Friday night. These two broadcasts from March 28 and May 7, 1965 are mastered from the original tapes that Grant gave to Coltrane. This live version of “One Down, One Up” has been circulated privately among tenor saxophonists and is considered a classic.

MILES DAVIS
COMPLETE SILENT WAY SESSIONS
This set begins with the arrival of Chick Corea and Dave Holland in the Davis quintet (“Mademoiselle Mabry” and “Frelon Brun”) and ends six months later with the groundbreaking “In a Silent Way”.  During this highly creative period, Miles used the progressive sound of the quintet as a foundation, adding one, then two keyboards and finally guitar. He developed many of the rhythms, textures and solo structures that would emerge in his later electric work. The tunes of “In a Silent Way” are heard as they were actually recorded as well as the mixed/edited final LP version. There is also 47 minutes of previously unissued music. All but the “Way” LP have been newly remixed with great results

ERIC DOLPHY
OUT TO LUNCH
With four of the brightest innovative talents in New York (Freddie Hubbard, Bobby Hutcherson, Richard Davis and Tony Williams) and five startling, diverse originals, Eric Dolphy made the greatest and most adventurous album of his career for Blue Note. Unfortunately, it would be his last studio recording. He died in Germany four months later at the age of 36.

ERIC DOLPHY
LAST DATE
Recorded just three weeks before his death in Berlin, this final statement by Dolphy is a powerful one. Backed by Misja Mengelberg on piano, Jacques Schols on bass and Han Bennink on drums, he performs a dazzling “Epistrophy”, a vistuoso flute performance of “You Don’t Know What Love In” and four originals.

ERIC DOLPHY
ILLINOIS CONCERT
The hitherto unknown performance by Eric Dolphy’s quartet with Herbie Hancock, Eddie Khan and J. C. Moses  is a major find. Recorded live at the University of Illinois in Champaign, Illinois on March 10, 1963, Dolphy is in peak form, especially on the beautiful bass clarinet tour-de-force “God Bless The Child” and his searing alto sax on “Iron Man”. Dolphy wrote special arrangements for concert, adding a brass choir to “Red Planet” and a big band to “G.W.”, which was written for Gerald Wilson. This stunning performance was recorded by the college radio station and has never appeared in any discographies or in bootleg form. The one-hour concert is presented here complete and in performance order.

ANDREW HILL
SMOKESTACK
“Smoke Stack” was the second of four masterpieces that composer/pianist Andrew Hill made during his first months with Blue Note. Unique in his discography, this December 13, 1963 session features bassists Richard Davis and Eddie Khan and drummer Roy Haynes.

BOBBY HUTCHERSON
DIALOGUE VG
Bobby Hutcherson is one of the established giants of mainstream modern jazz. But in 1965, he was on the cutting edge of experimentation, working with Jackie McLean, Eric Dolphy, Andrew Hill and Archie Shepp. The personnel on “Dialogue”, his first album as a leader to be released, reads like a who’s who of the creative front in jazz at the time: trumpeter Freddie Hubbarrd, reedman Sam Rivers, pianist/composer Andrew Hill, bassist Richard Davis and drummer/composer Joe Chambers. Rudy Van Gelder’s vivid recording style captures all nuances of this amazing album.

SAM RIVERS
DIMENSIONS & EXTENSIONS
Sam River’s fourth album for Blue Note, recorded March 17, 1967, is one of his best. A cover and catalog number were prepared at the time, but for some reason this excellent date with Donald Byrd, Julian Priester, James Spaulding, Cecil McBee and Steve Ellington lay in vaults for another ten years. The album is varied and challenging but always swinging in the hippest way.

SAM RIVERS
FUCHSIA SWING SONG
Rivers’ magnificent debut album with Jaki Byard, Ron Carter and Tony Williams is pure chemistry by four masters. Rivers and Byard, both eclectic virtuosos, go back to the `40s together and Sam had been playing with Williams since he was 12 (he’s all of 18 here). A classic album of taste, spirit and discovery.

PHAROAH SANDERS
TAUHID
Pharoah Sanders’ first major label release is an expansive, lyrical affair with haunting music that develops over time. With him on this 1966 session are Sonny Sharrock on guitar, Dave Burrell on piano, Henry Grimes on bass, Roger Blank on drums and Nat Bettis on percussion.

PHAROAH SANDERS
KARMA
The 33-minute “The Creator Has A Master Plan” was the most unlikely jazz hit of 1969! With vocalist Leon Thomas and pianist Lonnie Liston Smith, Sanders found his sound as a band leader. Using multiple basses and percussion and James Spaulding’s flute and Julius Watkins’ French horn to colors, the tenor saxophonist weaves a spell with this extraordinary musical tapestry.

PHAROAH SANDERS
SUMMUM,BUKMUN,UMYUM
Pharoah is on soprano saxophone for these extended performances (the title tune and “Let Us Go Into The House Of The Lord”). His expanded group includes Woody Shaw, Gary Bartz, Lonnie Liston Smith and Cecil McBee.

ARCHIE SHEPP
LIVE IN SAN FRANCISCO
The 1966 session that produced two albums (“Live In San Francisco” and “Three For A Quarter, One For A Dime”) is now complete with the previously unreleased “Things Ain’t What They Used To Be”. Shepp is incandescent, leading one his best bands with trombonist Roswell Rudd, bassists Lewis Worrell and Donald Garrett and drummer Beaver Harris. 75 minutes of exciting, explosive music.

SUN RA
SUN SONG
Sun Ra’s first sessions in 1956-57 feature an Arkestra with two trumpets, trombone, and three saxophones. Sidemen include Julian Priester, John Gilmore, Pat Patrick and Charles Davis. Like Monk, Sun Ra drew heavily on the past to shape his own future. This album was first issued on Transition.