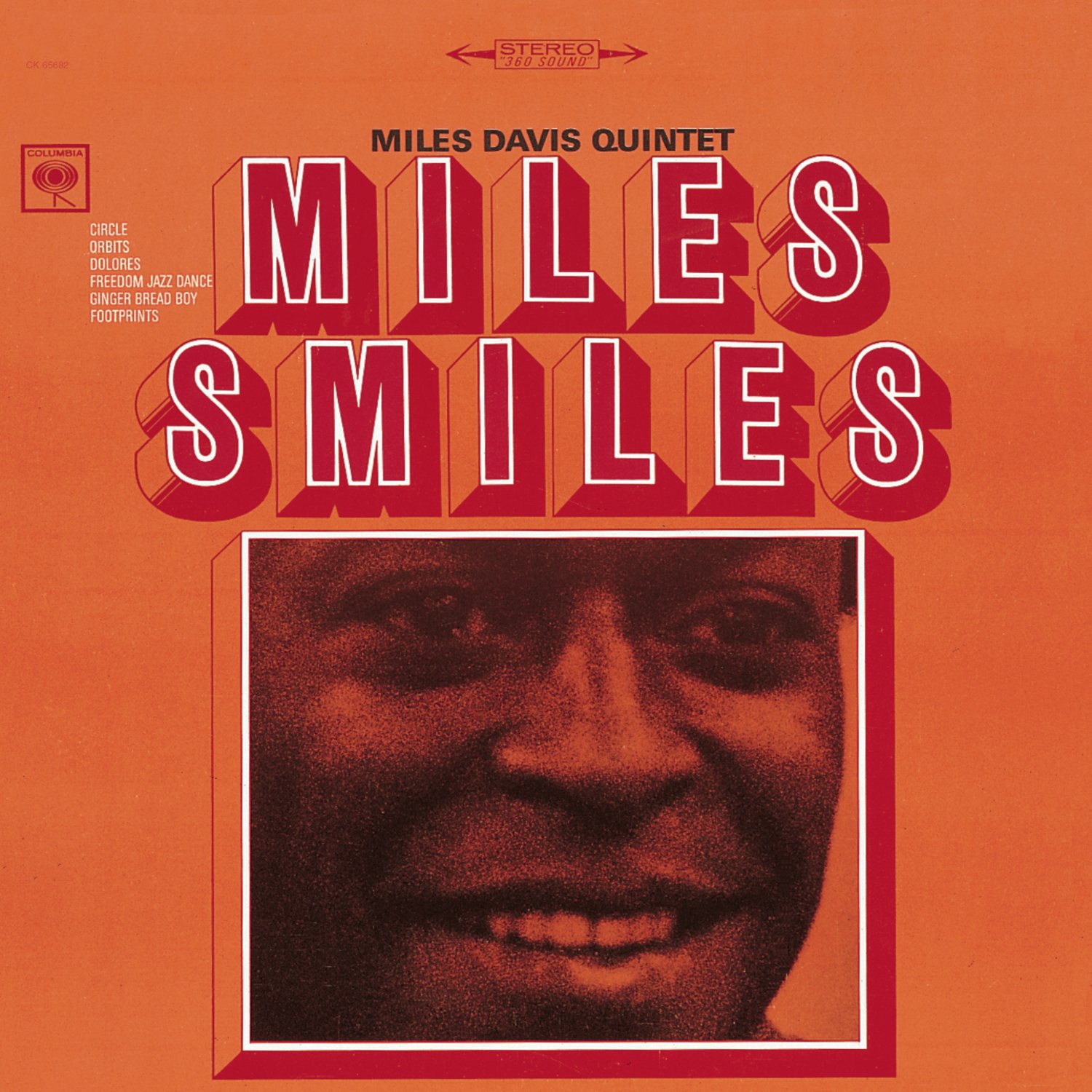 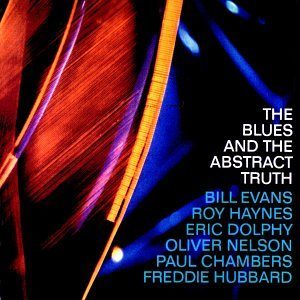 At once serene and exploratory, this exquisite masterpiece by the classic quartet is perfectly constructed and executed. Coltrane’s five compositions are varied and among the finest that he ever wrote. The music is rich in texture but in a rarified air as four master musicians listen intently to each other and create sublime interaction. Many consider this to be the greatest album by this band. Includes “Lonnie’s Lament” and “Bessie’s Blues.”

The somber but beautiful melody of “Lonnie’s Lament” is played by Coltrane over rubato accompaniment by McCoy Tyner, Jimmy Garrison and Elvin Jones. They move into straight time for McCoy’s solo, a brilliant series of variations on the composition. Jimmy Garrison takes a long, unaccompanied solo/ before Coltrane comes back in for the melody. It makes no difference that Trane doesn’t solo. The quartet itself is the voice of this album.

“I X Love” (aka “Duke’s Choice”) is beautifully voiced for and performed by an orchestra including muted trumpet, trombone, baritone sax, bass clarinet and piano. Charlie Mariano’s impassioned alto sax comes soaring over the rich, moving textures of the arrangement for a powerful reading of the melody and a great solo.  I’m not sure it gets any better than this.

This all-star 1961 session with Nelson, Eric Dolphy, Freddie Hubbard, Bill Evans, Paul Chambers and Roy Haynes is simply one of the most beautifully written, played and recorded modern jazz sessions of all time. George Barrow takes no solos but his baritone sax is an important voice in the ensemble. Nelson arranges and voices four horns to sound like a big band. From the haunting “Stolen Moments” to the soulful “Hoe-down,” every solo is a thoroughly developed composition unto itself.

There have been over 200 versions of “Stolen Moments” recorded by other artists, but none comes close to Nelson’s beautifully arranged original version. The brilliant solos by Freddie Hubbard, Eric Dolphy (on flute), Oliver Nelson (on tenor sax) and Bill Evans are creative statements imbued by every aspect of the composition.

This is a remarkable album is by the most explosive edition of the Jazz Messengers. Blakey had just expanded the group to be a sextet, adding trombone, and found himself with four phenomenal composers. The originals include Cedar Walton’s intricate title tune played with fire and brilliance, Wayne Shorter’s “Children Of The Night,” Curtis Fuller’s “Arabia” and Freddie Hubbard’s “Crisis” and “Down Under.”  The band swings relentlessly and executes each piece to its full potential. One of the most memorable records of an amazing era.

Cedar Walton’s “Mosaic” is a multi-layered and multi-sectional composition that this ensemble nails with ease. Wayne Shorter, Freddie Hubbard, Curtis Fuller and Cedar Walton all solo in their distinctive styles, leading up to a tour-de-force drum solo. Every solo on this piece is superb, but it is worthy pointing out the amazing technique and execution required to pull a solo like Curtis’s on the trombone.

Horace Silver: Song For My Father

A visit to Brazil prompted Horace Silver’s interest in his Portuguese roots and led to the magnificent “Song For My Father,” his most enduring composition. Horace Silver introduced his new quintet with Joe Henderson and Carmell Jones on four tracks of this album. Each became a classic: the title tune, “The Natives Are Restless Tonight,” “Que Pasa” and “The Kicker.” Roger Humphries takes over the drum stool, previously occupied by Louis Hayes and Roy Brooks and he is as powerful and swinging as his predecessors.

Joe Henderson’s “The Kicker” had previously been recorded by Bobby Hutcherson and Grant Green although those versions weren’t released at the time. Horace Silver’s musical instincts and Roger Humphries’ soulful precision add power to this dazzling staccato composition. Each solo is a as driven and possessed as the composition itself.

One of the best and most underrated albums of the `60s. Ervin’s impassioned Texas tenor explodes with beauty and invention, fueled by the power and chemistry of Jaki Byard, Richard Davis and Alan Dawson. Here Booker gets a rhythm section that matches his drive and creativity. Brilliant, volatile music

Booker Ervin’s “A Lunar Tune” is an ideal vehicle for the strengths of Ervin, Jaki Byard, Richard Davis and Alan Dawson. The unusual melody is played in stop-time with a furious, swinging bridge. Dawson’s flawless drumming is pushing Ervin like a high-speed chase. Ervin and Jaki Byard run the stylistic gamut on their solos before a brief solo by Richard Davis sets up the out theme.

Recorded in 1964 as “The Sidewinder” was climbing the charts, this magnificent session with Wayne Shorter, Grant Green, Herbie Hancock, Reggie Workman and Billy Higgins was deemed too progressive and shelved for two years. It has since become recognized as one of Morgan’s best. His five originals on this album are varied and challenging.

“Mr. Kenyatta” is a bright, staccato melody sailing over an irresistible rhythm and a three-section harmonic structure. The excellent solos by Morgan, Wayne Shorter, Grant Green and Herbie Hancock follow the format of the composition.

Hank Mobley: No Room For Squares

One of Mobley’s best, this album features two 1963 all-star quintets: one with Lee Morgan, Andrew Hill and John Ore; the other with Donald Byrd, Herbie Hancock and Butch Warren. Philly Joe Jones is the driving force throughout. Mobley’s compositions offer plenty of variety in feeling and form.

Featured Track: No Room For Squares

“No Room For Squares” is a delightful Mobley original. Philly Joe Jones steals the show with his  hi-hat rhythm under the intro and his spot-on fills and accents on the main theme and  the  bridge. Mobley’s tone is warm and rich. After he, Morgan and Hill solo, the horns trade fours with Philly Joe. A tight performance without a wasted note.

So named by Andrew Hill because the piece reminded Francis Wolff of an early Monk tune, “New Monastery”  has  the melody shared in  staggered fashion by Joe Henderson, Kenny Dorham and Eric Dolphy (on alto sax). Dolphy takes the first solo which is both assertive and lyrical.  Hill’s layered solo is accompanied by ever-changing cymbal patterns from an 18-year-old Tony Williams. Joe Henderson was one of the most empathetic and assured improvisers of Andrew’s unique music.

Eric Dolphy: Out To Lunch

With four of the brightest innovative talents in New York (Freddie Hubbard, Bobby Hutcherson, Richard Davis and Tony Williams) and five startling, diverse originals, Eric Dolphy made the greatest, most fully realized and most adventurous album of his career for Blue Note in February 1964. Unfortunately, it would be his last studio recording. He died in Germany four months later at the age of 36. All three of his reeds have beautiful settings here. He uses bass clarinet on “Hat And Beard” and “Something Sweet, Something Tender,” flute on “Gazzelloni” and alto sax on “Straight Up And Down” and the title tune.

“Hat And Beard” was Eric Dolphy’s nod to Thelonious Monk. The entire band not only tackles Dolphy’s complex melodies and rhythms, but they assume their creative roles with ease and accuracy. Tony Williams is simply astonishing in his ever-changing and responsive drum work.

This is the second and probably the greatest single album by Davis’ mid-sixties quintet (Wayne Shorter, Herbie Hancock, Ron Carter and Tony Williams) with astonishing versions of “Gingerbread Boy”, “Freedom Jazz Dance” and Wayne Shorter’s “Dolores” and “Footprints”. This band exuded empathy and telepathy among its extraordinary members. This just might be Ron Carter’s finest moments on record.

Tony Williams’ floating rhythms and Ron Carter’s solid foundation on Jimmy Heath’s “Gingerbread Boy” allow the soloists to go in any direction that they want.  Miles’s chops are in great shape and his solo is exuberant and impassioned. Wayne Shorter and Herbie Hancock each take the tune in different orbits. A stunning, cohesive performance. 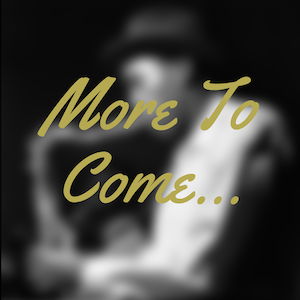