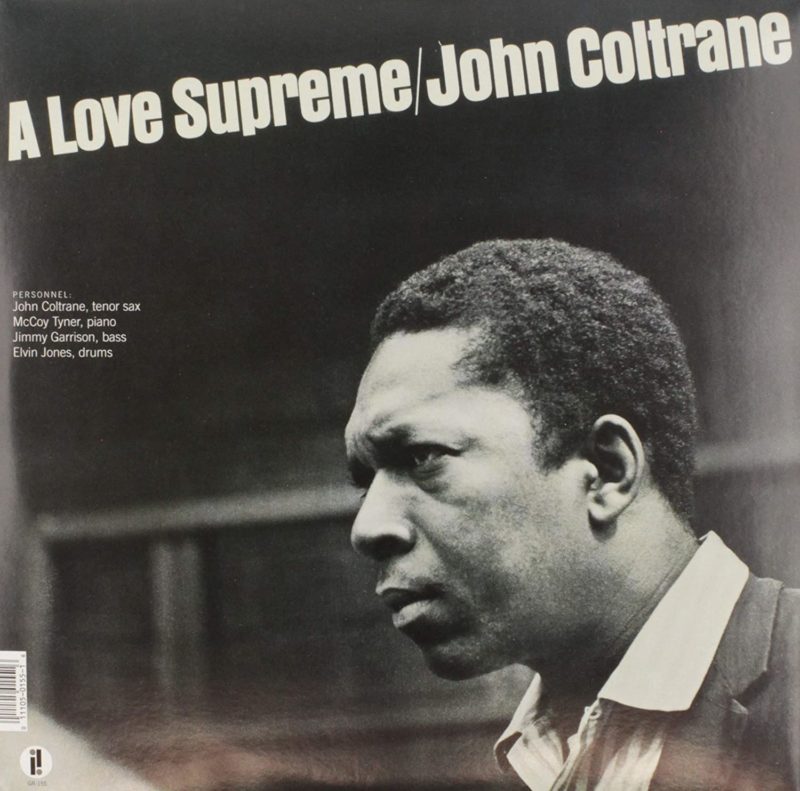 In April 1960, John Coltrane found himself at one of the crossroads of his career. While he had been considered one of the most important saxophonists in jazz for the past three years, the 33-year old tenor-saxophonist had never led a long-term band of his own. That would soon change.

In 1957, with the recording of Blue Train (his only album as a leader for Blue Note) and a high-profile stint as a member of the Thelonious Monk Quartet, he became a household name in the jazz world. His membership in the Miles Davis Sextet and Quintet from 1958 until mid-1960 and his recordings for the Atlantic label (most notably Giant Steps), along with Sonny Rollins’ temporary retirement, meant that he was at the top of his field. And yet, he was still a sideman who was part of the world of Miles Davis.

After his European tour with the trumpeter ended, Coltrane finally had the opportunity to put together the band that he desired. While Steve Kuhn briefly filled in on piano, McCoy Tyner (who had been with the Jazztet) took over the spot by June. Pete LaRoca was the original drummer with the John Coltrane Quartet and Billy Higgins was a short-term replacement before Elvin Jones came aboard in October. The bass position was filled by Steve Davis and Reggie Workman (with Art Davis sometimes being utilized as a second bassist) until Jimmy Garrison became a permanent member in December 1961.

McCoy Tyner’s open chord voicings and percussive style were a perfect fit for Coltrane’s long and adventurous solo flights on tenor and soprano, as were Garrison’s large tone and ability to keep the momentum flowing during endless one and two-chord vamps. Jones, a master of polyrhythms, never let up in pushing Coltrane, not that the saxophonist ever thought of taking it easy. Eric Dolphy on alto, bass clarinet and flute was also a member of the group for a few months during 1961-62 and guitarist Wes Montgomery, during an unfortunately undocumented period in the fall of 1961, made the group briefly into a sextet. But it was the classic John Coltrane Quartet that made the impact and offered other jazz artists an alternative way of improvising.

Coltrane, who in Sept. 1960 recorded his first version of the song that would become his trademark, “My Favorite Things” (a performance that more than anything led to the comeback of the soprano-sax in jazz), recorded many classic albums after signing with the Impulse label in the spring of 1961. Among those records were Africa/Brass, Live At The Village Vanguard, Impressions, Coltrane, Selflessness, Live At Birdland (highlighted by “Afro Blue” and “I Want To Talk About You”), and Crescent. In addition, a trio of slightly more conservative albums recorded during 1962-63 (Ballads, Duke Ellington and John Coltrane, and John Coltrane and Johnny Hartman) were made to show that Coltrane could temper his long flights on more melodic projects.

The most famous of John Coltrane’s many Impulse recordings is also the set that meant the most to him: A Love Supreme.

“This album is a humble offering to Him. An attempt to say “THANK YOU GOD” through our work, even as we do in our hearts and with our tongues. May He help and strengthen all men in every good endeavor.” – John Coltrane, liner notes

John Coltrane regarded the four-part suite as his gift to God. He spent a lot of time writing the music and yet was able to record all of it with his quartet in one session, on Dec. 9, 1964. The music is more accessible than was heard on Coltrane’s live performances of the era and its spiritual nature won it an audience far beyond the jazz world.

A Love Supreme begins with “Acknowledgement” which introduces the four-note bass pattern that would be heard in various spots throughout the suite. Coltrane and his rhythm section plays over the pattern which, after the passionate yet restrained tenor solo, becomes the vocal chant “A love supreme.”

After a brief bass interlude, Coltrane plays “Resolution,” the strongest of the four compositions and the most hard-swinging. It features memorable piano and tenor solos while Jones conducts a continuous musical dialogue with the lead voices.

The third movement, “Pursuance,” begins with a thunderous drum solo. Coltrane plays another memorable theme and Tyner takes a particularly creative solo on the uptempo piece. His improvisation builds and builds, leading to an intense statement from Coltrane that becomes an explosive duet with Jones and a second solo by the drummer. Then, suddenly, everything calms down. Garrison creates a relaxed and thoughtful solo that leads to the closing “Psalm.” Coltrane plays a slow, somber and quietly emotional statement inspired by the phrasing of a sermon to end the suite.

John Coltrane briefly had second thoughts about the recording. The following day he and his quartet were augmented by tenor-saxophonist Archie Shepp and bassist Art Davis. They recorded the first movement “Acknowledgement” a few times but without the famous vocal chant. Coltrane soon decided that he preferred the quartet version so the recording with Shepp went unreleased until 2002 when a two-CD “deluxe” version of A Love Supreme was released by Impulse. In addition to the original album, the twofer includes a pair of alternate takes of “Resolution” from the quartet, two versions of “Acknowledgment” with Shepp, and Coltrane’s only live version of A Love Supreme. In 2015 the three-CD Complete Masters (also from Impulse) includes all of those performances plus a couple of vocal overdubs, three more alternates from the quartet date, and four additional versions (two are breakdowns) of “Acknowledgement” from the Shepp date.

1965 was a major year of change for Coltrane. He was exploring atonality in his solos and experimenting with the idea of expanding his quartet. His recording from May 17 of all things “Chim Chim Cheree” was remarkably dissonant as he took the song completely outside even as he regularly referred to its childlike melody. On June 28, he recorded the intense and freeform album-long Ascension with an 11-piece group that included Pharoah Sanders and Archie Shepp. And exactly four weeks later he performed A Love Supreme at Antibes.

While John Coltrane’s playing on the live version is more extended, exploratory, and outwardly emotional than on the studio recording, he and his quartet follow the same general outline.  “Acknowledgement” is shortened by 90 seconds and performed without the vocal chant. Coltrane stretches out much more on “Resolution” (which is four minutes longer) and “Pursuance” before concluding with a slightly more exuberant version of “Psalm.” While the audience at Antibes may have felt honored to be able to see John Coltrane’s masterwork, they had no idea that they were also witnessing A Love Supreme’s farewell performance by its composer.

John Coltrane would continue pushing himself during his final two years, playing forbidding and sometimes-violent free improvisations that gained him a new audience while he was losing some of his longtime fans. By early 1966 McCoy Tyner and Elvin Jones had departed and been replaced by Alice Coltrane and Rashied Ali, joining Jimmy Garrison and new member tenor-saxophonist Pharoah Sanders in the Coltrane Quintet.

Whether John Coltrane would have continued evolving and discovering new sounds or possibly eventually reverted to a safer style will never be known because he passed away on July 17, 1967 when he was just 40. A Love Supreme remains one of the highpoints of his unique career.