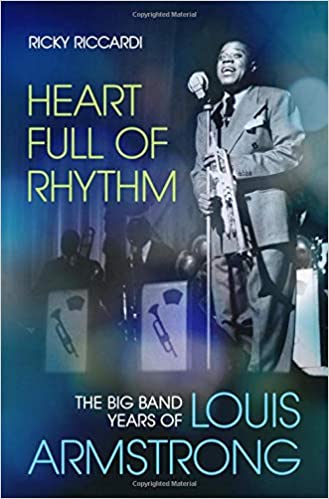 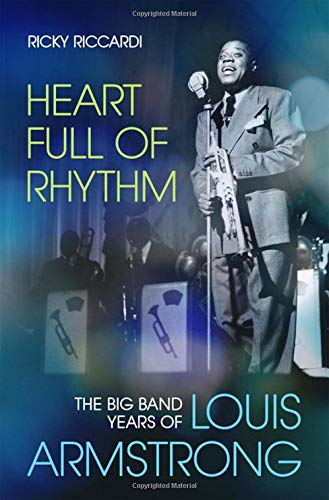 The Savoy Ballroom was the mecca for jazz in Harlem, but there was an extra buzz surrounding it in early March 1929.

Luis Russell’s Orchestra was performing, which wasn’t unusual, but for two nights only, the band would feature a special guest on trumpet: Louis Armstrong.

Louis Armstrong left Fletcher Henderson’s band in New York in November 1925 and hadn’t been back—by choice. “Louis was getting bids from New York, but he didn’t like New York,” Charles Carpenter remembered. “He’d been there before with Fletcher Henderson. ‘This ain’t for me,’ he said, and split, and came on back to Chicago.”

He was playing with his best friend Zutty Singleton in Carroll Dickerson’s band at the Savoy Ballroom and making $100 a week. But the new Regal Theater opened nearby in 1928 and according to Carpenter, Armstrong and Singleton “weren’t drawing flies” at the Savoy.

It was time to give New York another chance.
Armstrong and Panamanian-born bandleader Russell were no strangers to each other, having first played together in New Orleans in the early 1920s. Russell’s big band was one of the hottest in New York and featured many of Armstrong’s old homeboys, including bassist Pops Foster and drummer Paul Barbarin.

At the time, Russell was the king of the Savoy Ballroom. “He had never lost a battle in the Savoy against nobody;’ recalled Russell’s alto saxophonist, Charlie Holmes. “It was an exciting band.”

But Russell already had a highly touted trumpet player named Louis in the brash, 24-year-old Louis Metcalf, “just the rave of New York City at that particular time,” according to guitarist Lawrence Lucie. Metcalf played his trumpet while seated on a stool in front of the orchestra but that wasn’t enough.

“Louis Metcalf had a crown,” recalled Holmes. “He was the king.” Metcalf was not worried about Armstrong’s visit. According to guitarist Danny Barker, Metcalf “was cautioned that Louis Armstrong was going to appear and that he would look ridiculous with this emblem of supremacy on his highly greased head when Louis mounted the stand. Defiantly he retorted, “I’ll wear this crown if Gabriel comes down from heaven.”

“Even Armstrong knew about it. “And he’d wear his crown every night—he had a little paper crown he’d made, that’s the way people would signify in those days,” he said. “Well, nobody would take it off because he was blowing, see? ”

Because of their faith in Metcalf, some of the musicians in Russell’s band were wary of Armstrong’s visit. “When Louis come, we was ready to pan Louis!” said Holmes. “Somebody asked me once, didn’t I get a big thrill when I found out I was going to [be] working with Louis Armstrong. I said, ‘Big thrill for what?’ We was gettin’ ready to pan him! We was gettin’ ready to just let him make one little slip or something, and it would have been all over,

“So, they all commenced debating, now. I hadn’t been there in four years. ‘I wonder what’s he going to play like?’ ‘Louie Armstrong’s going to go play at the Savoy? Well, who’s heard him?’ ‘Well, I don’t know.’ Well, I was out in Chicago and I was blowing but the cats in New York still were all wondering.” – Louis Armstrong

Finally, it was showtime.
Charles Buchanan, the manager of the Savoy Ballroom and a man of British West Indies descent, began a long introduction. Metcalf took his place on his stool, unfazed. Armstrong soon appeared.

Trumpeter Bill Coleman recalled, “When Satchelmouth came on the stand I was pleasantly surprised because he was a much better-looking man than the few bad photos I had seen and collected of him. His trumpet looked like the most beautiful golden horn that I had ever seen.”

It was finally time for him to play.

“I don’t remember the opening number,” Charlie Holmes said, “but I know on the end of it he played a high F, which in them days, that had never been heard of before. And Louis hit that F, big and broad and loud and clear. And the house did come tumblin’ down.

“His fingers seemed to be flying over the valves and the things that were coming out of his horn were things that I had never heard from any trumpet player before and that’s when I realized that Louis Armstrong was the king of all kings of jazz,” wrote Coleman.

“And Hill said, ‘The King is now dethroned! There’s a new King. Long live the King!’ He was talkin’ about Louis Armstrong.” The following set, Metcalf did not return to the stand.

Armstrong continued playing with ferocity
“Boy, the people were screaming,” Holmes added. “Boy, everybody in amazement, you know. Because I mean, other trumpet players would hit them notes, just like they do nowadays. They’d be hitting high notes, but they sound like a flute up there or something.

Armstrong might have not even noticed the effect he was having on the younger musicians as he was fixated on his mentor, King Oliver, in the audience, “standing right in front of that trumpet. That was a thrill.

“Those things he had talked to me about my horn just when I was a kid, running errands for his wife, lessons and things—it was coming right out of that horn. Tears coming right out of his eyes, man. Knocked him out. And I laid the good old good ones on him, Pops and killed him. Knocked him out.” Armstrong dedicated a special song to Oliver: “I Can’t Give You Anything but Love.”

After the first night’s performance, many left in a state of disbelief.

And from then on, it was all Louie. After that one night when Louie appeared at the Savoy, when I went back to the Rhythm Club—when you go to the Rhythm Club, you have the whole feel of all the jazz musicians, really.

And so the feeling I got when I got back there, Louie had changed the whole world.”

Reprinted with permission by Ricky Riccardi

Audio interview of Louis Armstrong in England in 1968, venting about music, praising the Beatles, criticizing musicians who just play for other musicians, reminiscing about King Oliver and more.

At the end, he references a 7-year-old boy who he had just heard play the trumpet earlier that afternoon; that boy is Enrico Tomasso, still a top trumpeter in England in 2016! There’s still a LOT today’s musicians can learn from Louis Armstrong.

This interview excerpt is from the private collection of Ricky Riccardi, author of “What a Wonderful World: The Magic of Louis Armstrong’s Later Years.” Special thanks to Jonathan David Holmes. For more on Louis, see blog at www.dippermouth.blogspot.com.